Pakistan fast bowler Shaheen Shah Afridi has been diagnosed with dengue fever and will miss the remainder of the ongoing pre-season training camp, a Pakistan Cricket Board (PCB) media release stated on Thursday. “Shaheen was admitted in a local hospital yesterday and is under the treatment of specialists,” the PCB said.

Meanwhile, the PCB also informed that opening batsman Fakhar Zaman was also yet to resume training at the preseason camp due to an injury to his right knee. The board said the opener underwent an MRI on Wednesday. “His scans will now be examined by the PCB Medical Advisory Panel, following which decision on his participation in the camp will be made,” it said.

Pakistan’s preseason cricket camp started on August 20 at the National Cricket Academy. The camp is being organised by the PCB to enhance players’ fitness and endurance ahead of the team’s upcoming limited-overs series against Sri Lanka.

Sri Lanka will tour Pakistan for three ODIs and as many T20s in September-October 2019. The World Test Championship matches have been moved to December.

Karachi’s National Stadium will host the ODI series beginning September 27 September, while the three T20Is will be played at Gaddafi Stadium, Lahore, the first of which will be played on October 5. 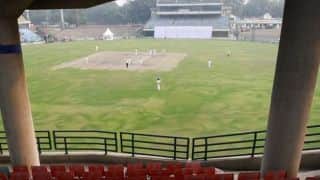 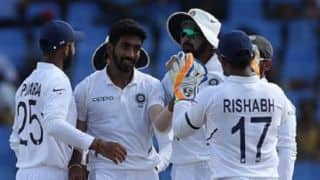