Former Pakistan allrounder turned bowling coach Azhar Mahmood has revealed the disappointment he felt at being removed his role with the Pakistan cricket team last week, and feels that he was never given a chance to represent himself in front of the Pakistan Cricket Board’s Cricket Committee.

Mahmood, along with head coach Mickey Arthur and all of the previous Pakistan coaching staff, did not have their contracts renewed after the team failed to qualify for the semi-finals of the 2019 World Cup.

Writing for pakpassion.net, the 44-year-old said he would have liked the chance to present his case to the PCB’s Cricket Committee.

“It’s interesting and disappointing at the same time to see media reports of my departure from the role of bowling coach for Pakistan being described as ‘sacking’ when the truth is simply that I was initially hired by the PCB for a two-year contract which was recently extended up to the World Cup and that contract has reached its natural conclusion,” wrote Mahmood.

“A further extension to the contract would have taken place based upon mutual understanding but as we know, the PCB for their own reasons have decided not to extend the contract which is their prerogative. To be clear, I have completed my tenure with dignity and pride. Whilst the decision to not renew the contract is PCB’s alone, there is understandably some disappointment on my side for their decision, especially as I felt that we were all working really well with the team towards preparations for the ICC T20 World Cup in 2020. In addition, we had made some good progress with the Pakistan side in all formats so to see all that not taken into account by the PCB does leave me a little sad.”

Mahmood was appointed bowling coach of the Pakistan cricket team in November 2016. In the time he worked with Pakistan’s bowlers, there have been a few success stories. Yasir Shah has taken 87 wickets from 16 Tests, Mohammad Abbas 66 from 14, Mohammad Amir 50 from 16 and Hasan Ali 31 from nine.

He urged his critics to look at the statistics during his time with the team.

“Looking at the bowlers that I worked with, you will note that most of them were very young and inexperienced at the international as well as the domestic level and I helped them transform them into excellent prospects for Pakistan,” wrote Mahmood.

“Take the example of Hasan Ali who came in very young and then became the number one bowler in ODIs. Of course, nowadays, his form has taken a downward turn at the moment. Now, a bowler’s form can drop from time to time but if one is to look at his overall statistical record, he isn’t that far away from the current number one ranked bowler, Jasprit Bumrah.

“And whilst it is true that Yasir Shah is a legspin bowler, I worked a lot on his technical and mental aspects and helped him improve so much in Test matches. What is painful for me is to listen to criticism about my efforts on the field with our bowlers by people who have no interest to learn the truth and understand what work I have put in. I for one can see the results of my labour with these bowlers and I would also recommend that critics open their eyes and look at the statistics of these players before commenting on my performance with the side.”

“Obviously one of the greatest highlights of my tenure was our victory in the Champions Trophy in 2017 but our memorable Test series victory in the Caribbean also stands out as a huge achievement during my time with Pakistan side,” he wrote. “The fact that we reached the number one position in ICC’s T20I rankings is also an achievement no one can deny but what makes me really proud in terms of my responsibilities as bowling coach is the how well our bowling resources have progressed.

“If we look at the period preceding my appointment as bowling coach which was between 2012-2015, only once did a bowler take fiv-fer in ODIs and that was Sohail Khan during the 2015 World Cup game against India. In contrast during my tenure, from 2016 to 2019, our bowlers achieved five-wicket hauls on seven occasions. Hasan Ali reached these milestones three times, Mohammad Amir once, and we all know about that special spell during the World Cup when Shaheen Shah Afridi took six wickets. On top of that, we have the likes of Usman Khan Shinwari and Afridi who took four-wicket hauls four times during ODI games for Pakistan.”

Pakistan’s new coaching staff will be appointed after a four-member committee assesses the team’s performance at the World Cup, said the PCB, and Mahmood rued the fact that he was not allowed to share his views with the board.

“From what I understand, the committee spoke with Sarfaraz Ahmed and Mickey Arthur and allowed them to make their representations, but I was never called up to offer my point of view regarding the detailed technical report which I sent of my own accord to PCB MD Wasim Khan and the Cricket Committee after the end of the World Cup,” he wrote.

“In this report, I had described the technical work done with our bowlers and offered recommendations. It would only have been fair that I should have been cross-questioned on the contents of that report and on my views, in the same way Mickey Arthur was when it comes to how the team has performed in recent times.” 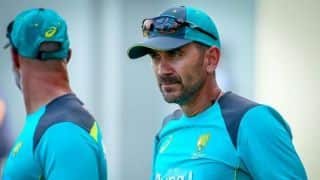 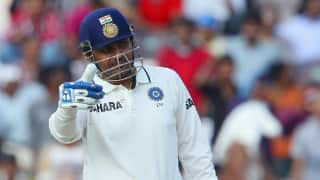 Virender Sehwag trolls self in funny tweet for Aryabhatta