Ehsan Mani had recently criticised the PCB for requesting the ICC to set up a special fund to offset revenue losses.

Karachi: PCB chairman Shahryar Khan has dismissed criticism over his decision to request the ICC to set up a special fund for Pakistan cricket due to international teams not touring the country since 2009 for security reasons. ICC’s former president, Ehsan Mani had recently criticised the PCB for requesting the ICC to set up a special fund to offset revenue losses because of refusal of top test teams to play in Pakistan. “It is shameful what the PCB has done it is very disappointing for me. Instead of going to the ICC with a begging bowl the PCB should curtail and control its expenses,” he said last week Mani also advised the PCB to instead curtail its lavish expenses and make it clear to ICC it wouldn’t play against India in any ICC event round matches. READ: Shahryar Khan embroiled in fresh controversy

But Shahryar said from London that Pakistan’s stance was justified since people didn’t realise the difficulties the PCB had faced in running cricket affairs since teams stopped touring the country in last six years. “We know the difficulties we have faced managing cricket because while our revenues have suffered due to India also not playing us in a bilateral series since 2007 our expenses have increased due to inflation,” he said.

He noted that the PCB had been paying the players well despite financial constraints and also subsidizing domestic cricket and development projects. The former career diplomat said the decision to not play India in a ICC event in a group match would be extreme and PCB was not thinking about it as the moment. READ: Indian govt holding back resumption of bilateral series: Shahryar

“We are still hopeful that by next year India will agree to a bilateral series.” Mani had said that Pakistan was losing money in millions because of India not playing bilateral cricket series with them since 2007.

“I have said before the PCB must stop government interference and take strong decisions. It should refuse to play India in ICC events until the BCCI changes its policy on bilateral cricket series,” he said.

He noted that whenever Pakistan plays India in an ICC event it brings in the highest revenues for the ICC and member boards. Shahryar said Pakistan has received a positive response from the ICC members on its request for financial support. “We gave a detailed presentation with figures to back up our claims. The member boards took it positively and said they sympathized with our position,” Shahryar said. READ: Shahryar Khan: PCB will not support 4-day Test cricket

He said the Pakistan Task Force head Giles Clarke will go through the demand to suggest ways in which the ICC can support PCB. “I will meet Mr Clarke soon who is also head of the ICC financial committee and submit a paper outlining our needs,” he said.

Shahryar also made it clear that PCB’s demand for a special fund didn’t mean the board was going to go bankrupt. “We have faced difficulties but managed things by reducing staff and expenses. We are still surviving. But what concerns is that development of our players is suffering. We are keen to have funds to promote cricket as schools, colleges and varsities and therefore the game is suffering domestically.”

Shahryar said negotiations were in progress to host Afghanistan next year to play a few One-Day Internationals (ODI)against Pakistan and four-day matches against the Pakistan ‘A’ side. “They were interested in touring this year but we have no window till January,” he added. 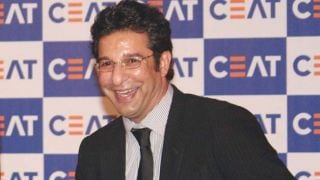 Wasim Akram: Pakistan should not treat tour games as benchmark for Test series against England 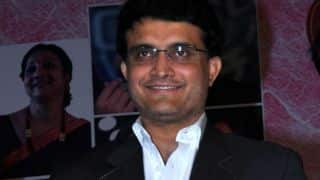