ICC has asked the team to keep Shakib away from practice ahead of their India tour this month and the player now could be suspended for 18 months by the governing body.

The Bangladesh Test and T20I captain could face the risk of missing out on featuring for the national side in the next 18 months after local media reported that the T20I captain did not report a corrupt approach. Add to that Shakib’s attitude (read indiscipline) may be major factors that could lead him to be axed from the team.

According to a report in Bengali daily Samakal, the International Cricket Council (ICC) has asked the team to keep Shakib away from practice ahead of their India tour this month and the player now could be suspended for 18 months by the governing body.

Shakib’s inclusion for the India tour was always uncertain given the players’ strike over the BCB not addressing their grievances. Although the strike has been called off, Shakib missed the pre-tour camp, including a practice game, in Mirpur.

“If we don’t find a satisfactory answer for this, then he won’t get any more chances. It has to be something really convincing. Let’s see. It’s one more day,” BCB president Hassan was quoted as saying by Bangladesh daily The Daily Star.

“Everything is murky. If someone doesn’t want to go, there is no issue if they communicate early. There is a kind of feeling of being indispensable within the team. Attitude has to be right. This [attitude] was not there before. There may be logical reason and I will see to those later. Right now, my concern is the India tour. I am not worried about the pipeline. We have many players.

“I have told the coach to look at two players for this series. [To] play one in the T20s and the other in a Test. We have to look at players or how will we play the World Cup ahead? We have to give exposure until the World Cup,” the president said.

Hasan shared his thoughts on the players calling a strike few days back after they felt their demands were not met by the board.

“Not joining the national team camp was never in the players’ agenda. Some even said that they didn’t know that if the demands aren’t met, they would stop playing. An unfounded source informed that there was a plan to scrap the India series. I didn’t believe it but then I heard that some players won’t be going.

“The first shock I received after the meeting with the players, was when Tamim [Iqbal] told me that he would not be going on this tour. Earlier he had said that he may miss the last Test due to personal reasons. After the meeting he came to me and said that he was not going. Now I don’t know who is going. I am confused. I am not saying they are not going but I am confused.”

Nazmul also spoke on Bangladesh’s harrowing loss to Afghanistan in a one-off Test recently at home.

“We had decided three months earlier about the kind of pitch and our strategies. We decided on a sporting wicket since Afghanistan are stronger than us in spin. Before I left the country [for ACC meeting] I heard that we were not playing any pacers. I asked Akram [Khan], [Minhazul Abedin] Nannu. They said they weren’t being heeded.

“I don’t know if they were telling the truth. I am now investigating that, just to know. Most of them said that Shakib chose the pitch himself. After the first day, I saw Shakib’s interview where he said that “I haven’t seen a worse pitch in my life”. I was shocked. Everyone said that Shakib had chosen this pitch. I don’t know what was happening. Either everyone is lying or what Shakib said is not right. So I am looking for an answer and running an independent search,” he said. 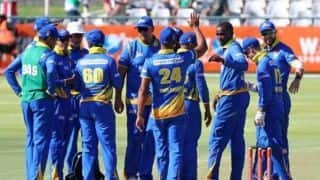 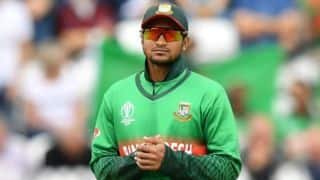