Bangladesh Cricket Board (BCB) on Saturday announced Australia’s Shane Jurgensen as the head coach of the national side on a one-year deal. 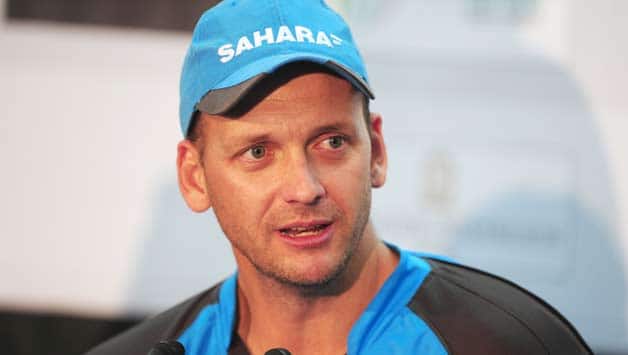 Bangladesh Cricket Board (BCB) on Saturday announced Australia’s Shane Jurgensen as the head coach of the national side on a one-year deal.

Jurgensen, who took over as the Bangladesh interim coach after the resignation of Richard Pybus, guided the Asian side to a 3-2 win over the West Indies in One-Day International series in December.

Jalal Younus, the chairman of the BCB media committee was quoted as saying by Reuters, “We had several candidates for the position of head coach. But there was no one better than Jurgensen. So we decided to appoint him as head coach up to December 2013.”

Jurgensen’s first assignment will be  the tour of Sri Lanka, where Bangladesh will play two Test matches and a three-match ODI series.

Younus also informed that former Pakistan spinner Saqlain Mushtaq could also make a comeback in the national side’s coaching staff if a deal can be struck.

“Saqlain told us he will be available for maximum 100 days in a year. We are now trying sort out when actually we need his services. If everything goes according to plan he also can join us,” Younus said.

Saqlain was associated with the Bangladesh team as a spin bowling coach from August to December 2012.