Shane Warne also added that he thinks that Steven Smith will do a good job.

Australian bowling legend and probably the best spinner the game has seen, Shane Warne had earlier come out in defence of his friend Michael Clarke. Buchanan had questioned Clarke’s commitment levels. He also spoke his mind out on various issues plaguing Australian cricket and as to why the Australians had lost The Ashes. He said that players need to keep a balance between spending time with the family and with the team. He also holds coach Darren Lehmann in high regard saying he has done a good job. Sometimes things don’t work and you have adopt better conventional and unconventional approaches to succeed. READ: Shane Warne slams Michael Clarke’s critics, says John Buchanan has no idea about cricket

In a conversation with news.com.au the right arm spinner said that wives and girlfriends of cricketers attending the matches is not a very big diversion as it is made out to be. He said, “The only people who can tell you if it’s a distraction or not are the players. Now the players need to spend time together and it’s all about the balance. We can’t go back to the old-school ways and say the wives aren’t allowed at the hotel and told they’ve got to wait outside, like we did in the early ’90s. But I don’t think they should be all together all the time. There’s got to be some team time.”

As for coach Lehmann, he said that he is one of the best mentors that Australia have ever had. He added, “Darren Lehmann’s done a wonderful job. I have no problem with Boof [Lehmann] at all. We’ve just got to make sure we start doing a few things right and make sure we learn from our mistakes that we made in England. I think Boof’s going to be fine. He’ll do a good job.” ALSO READ:

He also added that selector Rod Marsh and other members of the selection panel did many blunders. “Selection through this series was poor but I don’t think Rod Marsh should go. Shane Watson and Brad Haddin playing one Test match I don’t think was right. They either shouldn’t have played the first Test match … or they should have given them at least a couple of Test matches to prove their form.”

“It’s going to be very hard to replace Michael Clarke because Michael Clarke was a wonderful captain. I think Steve Smith will do a pretty good job. I’d like to see him bat No. 4 not No. 3 and I think we can find someone else to bat No. 3.” 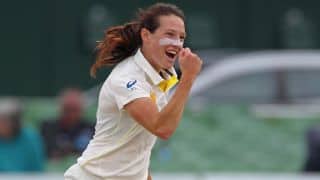