Warne has made another Australia legend Allan Border as the captain of the XI that includes several yesteryear stars. Spin legend Shane Warne has revealed his all-time Australia Test XI that compromises players he played with during his stories international career. Warne has made another Australia legend Allan Border as the captain of the XI that includes several yesteryear stars.

Warne has picked the pair of Matthew Hayden and Michael Slater to open the innings. Hayden played 103 Tests and scored 8625 runs including 30 centuries and 29 fifties with a personal best of 380.

The decision to include Slater and not David Warner might raise eyebrows but Warne, Test cricket’s all-time second-highest wicket-taker, reasons his XI only includes cricketers he played together with.

“I am only picking players that I played with that is why David Warner is not going to be a part of the side, he is one of the greatest Australian openers,” Warne said during a live video on Instagram on Monday.

At No. 3 is former captain and batting legend Ricky Ponting, the second-highest run getter in the history of longest format cricket with 13378 runs in 168 Tests.

Ponting is followed by Mark Waugh at No. 4 and Border at No. 6. Another legendary captain that Warne played under Steve Waugh is batting at No. 7 whom the legspinner reckons more as a match saviour rather than a match-winner.

Adam Gilchrist is the designated wicketkeeper.

The bowling attack is made up of Glenn McGrath who retired as Test cricket’s most prolific fast bowler before England’s James Anderson overtook him. McGrath is joined by Jason Gillespie, Tim May and Bruce Reid.

“If you don’t know about Bruce, I would like to tell you, he has the same record as Ryan Harris,” Warne explained his call. 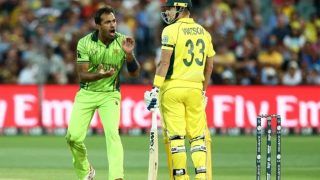 ‘Are You Holding a Bat?’ The Sledge That Fired Up Wahab Riaz Against Shane Watson 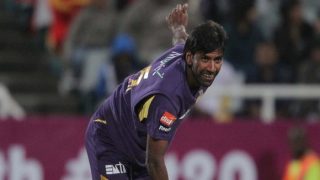