Pietersen, a veteran of 104 Test and 136 one-day caps for England, has been out of the national squad since his central contract was cancelled by the England and Wales Cricket Board (ECB) following the team’s Ashes washout by Australia in 2014. England cricket must be profoundly ashamed for its treatment of once-in-a-generation cricketer like Kevin Pietersen

The maverick batsman turned down a lucrative Indian Premier League contract with the Sunrisers Hyderabad team to concentrate on his county campaign with Surrey, in a bid to earn an England comeback. Earlier, incoming ECB chairman Colin Graves had stated that Pietersen could earn a recall to the national side again if he made enough runs in county cricket. Kevin Pietersen: A hero England need but do not deserve! 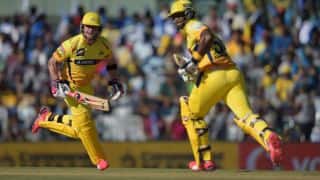