Warne heaped rich praise on Kohli, saying the India captain is among the greatest to have played the game of cricket.

Australia’s legendary leg-spinner Shane Warne called former West Indies captain Sir Viv Richards as the best batsman he has ever seen on a cricket pitch. At the same time, Warne heaped rich praise on India captain Virat Kohli, saying the is among the greatest to have played the game of cricket. He feels Kohli is ‘pushing that conversation’ and taking the legacy forward of legendary batters.

Warne also opined that Steve Smith should not be burdened with the captaincy role again and should just be allowed to bat the way he does without any added pressure.

Smith made a sensational comeback after serving a one-year ban due to ball-tampering as the former skipper played a pivotal role in Australia retaining the Ashes.

“If Tim Paine can make runs, he should continue as captain. I want Smith to bat as much as he can with no more distractions,” Warne said.

“Paine has to make runs. I feel Steve should be allowed to bat till the rest of his career, not other distractions.”

“Steve Smith…tough to go past him he is my favourite at the moment. What mental toughness, love watching David Warner too. Top three would be Smith, Kohli and Kane Williamson.”

Warne also said he is open to coaching Australia in the future if they ask him to. “Maybe one day down the line. I don’t think they will ever ask me but maybe one day who knows,” Warne said.

Warne, regarded as the best leg-spinner the game has ever seen, is the mentor of Rajasthan Royals, a team he led to the first-ever IPL title in 2008.

“Would also love to coach an IPL team down the line but at the moment I am happy mentoring Royals. I am never saying no to anything.”

Warne further picked Mark Taylor as the best captain he has played under. 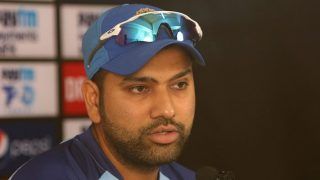 Rishabh Pant is Just 20 And Media Scrutinises Him so Much: Rohit Sharma to Yuvraj Singh During Instagram Chat Amid COVID-19 Lockdown 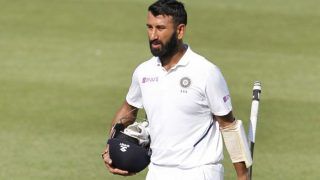