Shannon Gabriel's 3-wicket-haul helped West Indies reduce New Zealand to 286 for 7 at stumps of opening day of the second Test.

Shannon Gabriel‘s 3-wicket haul helped West Indies reduce New Zealand to 286 for 7 at stumps on the opening day of the second Test. At Seddon Park, Hamilton, West Indies opted to bowl. After a steady stand between Jeet Raval and Kane Williamson, New Zealand crumbled as Gabriel ran through the middle-order. At the crease are Tom Blundell (12*) and Neil Wagner (1*).

Raval built a 65-run opening stand with Tom Latham before Miguel Cummins drew first blood. His short ball made Latham cramp for room and the batsman’s attempted pull resulted in a nick to the wicketkeeper Shane Dowrich. After Latham departed for 22, Williamson took the crease and built the second 50-run partnership of the innings.

However, they could not build big on the partnership as Cummins struck again. Williamson edged one to the wicketkeeper to depart for 43.

New Zealand lost few wickets in quick succession at this point. Kemar Roach, Raymon Reifer and Gabriel reduced New Zealand from 154 for 2 to 189 for 5. Mitchell Santner and Colin de Grandhomme then stitched a partnership of 76 runs that revived the Kiwis to some extent. Santner showed good defence, holding one end as Grandhomme concentrated on scoring runs. Grandhomme (58) was only the second half-centurion after Raval (84) in the innings.

Gabriel removed both set batsmen before the end of day to cause further damage. 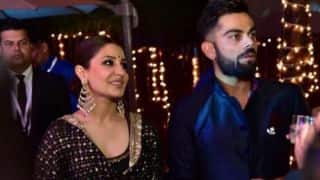 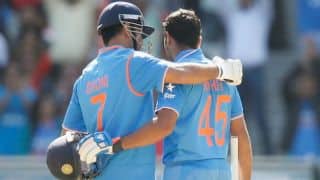