Gavaskar feels Dhawan deserved a second chance and that it is unfair to make him the scapegoat.

Former India batsman and captain Sunil Gavaskar has questioned the decision to drop Shikhar Dhawan for the ongoing Lord’s Test against England, while arguing that he “scored more runs than Murali Vijay and KL Rahul” during the defeat at Edgbaston. Gavaskar feels Dhawan deserved a second chance and that it is unfair to make him the scapegoat everytime India’s opening combination has to change.

Dhawan was included as opening partner to Vijay in Birmingham, despite facing four deliveries and failing to score in either innings of India’s tour match against a second string Essex. He made 26 and 13 in the first Test, both times guilty of driving at wide deliveries and edging to second slip and the wicketkeeper.

READ: India’s problems are of their own making

At Lord’s, he was dropped to accommodate Cheteshwar Pujara at No 3, with Rahul promoted a spot up to open the innings with Vijay. India were bowled out for 107 in the first innings with the openers failing once again. Vijay was dismissed fifth ball of the match, while Rahul scored 8 before he was out caught behind soon after.

“My point about Dhawan is that he is always dropped after one Test,” Gavaskar told Mumbai Mirror. “Others get another opportunity. He should have also got a second chance. If you look at the scores in the first Test, he scored more runs than Murali Vijay and KL Rahul. So, what is the criteria?”

Since the start of 2015, in Test matches outside of Asia, Virat Kohli is India’s most successful batsman with 931 runs at an average of 66.50. Of the current top four, the next best is Rahul with 417 at 34.75, with two hundreds, followed by Vijay (215 at 17.91, one fifty) and Dhawan (209 at 26.12, one fifty). While assessing such numbers, Gavaskar wondered why Dhawan was the first name to be questioned when India’s batsmen failed collectively.

“It (selection) should be according to the pitch. It should be six batsmen where you don’t know what the opposition has in store for you,” he said.

“He [Dhawan] is a left-hander. If he was a right-hander, I can understand that you want to go with the younger option of Rahul. He should have been retained and the team should have strengthened the batting. In Australia, South Africa and England, you need to go with six batsmen in the first Test.” 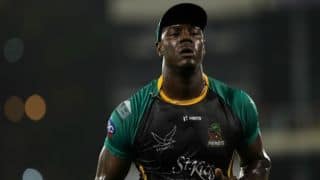 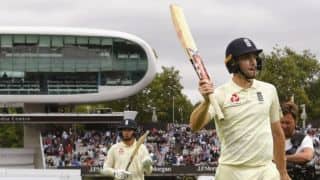