Shikhar Dhawan and Ravindra Jadeja make it to the squad for ICC World T20 2016, Bhuvneshwar Kumar misses out.

Three Indian players, namely Shikhar Dhawan, Ravindra Jadeja and Bhuvneshwar Kumar received their Cricket Club of India (CCI) membership during Team India’s official team dinner at Mumbai on Friday. India are scheduled to play South Africa in a warm-up match ahead of the ICC World T20 2016. India begin their World T20 campaign against New Zealand on March 15. They will also take on arch-rivals Pakistan in a high-voltage contest at Eden Gardens, Kolkata on March 19. India won the inaugural edition of the World T20 in 2007 in South Africa. India will start as favourites going into the tournament, given the fact they are playing in home conditions. READ: Virat Kohli lauds Shikhar Dhawan after India’s victory in Asia Cup 2016 final vs Bangladesh

Players like Ajinkya Rahane, Rahul Dravid were also honoured with CCI memberships recently. The CCI was formed in 1933 by Maharaja of Patiala, which is headquartered at the Brabourne Stadium in Mumbai. While Dhawan and Jadeja will be an integral part of the ICC World Cup T20 2016, Bhuvneshwar has not found a place in the side. He replaced Mohammed Shami in the Asia Cup T20 2016 and bowled very well in the only game he played, which was against the United Arab Emirates (UAE). READ: ICC World T20 2016: Virat Kohli, Ravindra Jadeja feature in promotional campaign

Dhawan top-scored for India in the final of the Asia Cup T20 against Bangladesh recently. He will be delighted to have returned to form just ahead of the World T20. If Indian win this edition they will be the only team to have won the 50-over World Cup and the 20-over World Cup on home soil. MS Dhoni will want to add another trophy in his cabinet in what could be his final tournament for India. 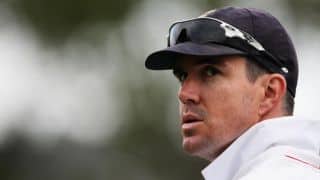