Dhawan has checked in at the NCA, now headed by Rahul Dravid, for rehabilitation, while Shanakr's tow injury will be assessed

Dhawan has checked in at the NCA, now headed by Rahul Dravid, for rehabilitation after suffering a fracture on his left thumb during the recently concluded ICC Cricket World Cup 2019 in a league match against Australia, thus ruling him out of the reminder of the tournament.

On the other hand, Shankar, who too was ruled out of the World Cup owing to toe injury, sustained during net session, will be assessed at the NCA ahead of the West Indies tour. The team for the tour is expected to be picked on July 19. ALSO READ: No clarity on Dhoni’s future, no word on Dhawan’s availability as selectors pick Indian squad for West Indies tour on July 19

Dhawan was replaced by Delhi wicketkeeper batsman Rishabh Pant in the squad, while Karnataka opener Mayank Agarwal was flown in on priority to replace Vijay Shankar. Pant played four matches in the World Cup scoring 32, 48, 2 and 32 while Agarwal remained on the bench.

Virat Kohli and Jasprit Bumrah are set to be rested for the WI tour, but there is no clarity over the future of MS Dhoni ahead of the limited-overs leg beginning August 3.

Dhoni’s future has been widely speculated ever since India lost to New Zealand in the World Cup semifinal on July 9. The 38-year-old is expected to make an announcement on it in the coming few days.

“The selectors will meet in Mumbai on July 19. We have not heard from Dhoni but what is relevant is the communication between the player and selectors. If you ask me, Dhoni did well in the Word Cup but he is his own man. Only he can decide whether he wants to carry on or not,” a BCCI official had told PTI after the Committee Of Administrators’ meeting in New Delhi couple of days earlier. 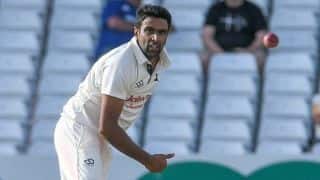 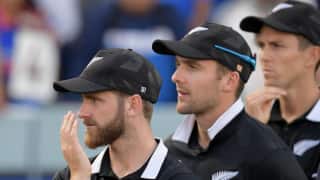