Virat Kohli opened for India in the series-deciding fifth T20I against England and scored a match-winning fifty. New Delhi: India captain Virat Kohli’s decision to open the innings in the fifth and final T20I against England bore rich dividends as the hosts went on to post a massive total which proved beyond the reach of their opponents. The call has led to speculations that the template for the shortest format has been set, at least till the ICC Men’s T20 World Cup.

Kohli added salt to the conversation during the post-match presentation when he revealed that at the upcoming IPL 2021, he will be opening for his franchise Royal Challengers Bangalore. As of now, India aren’t scheduled to play any T20I till the T20 World Cup unless, BCCI arranges a short series in between, which means in all likeliness, Rohit Sharma has found a new opening partner.

Why Kohli Should Open in T20Is?

The biggest reason why Kohli should open is the fact that he, being one of India’s best batsmen in the format, will get to face maximum deliveries allowing him more room to control the innings. Additionally, it will add more depth to the Indian line-up.

Former India captain and selector Kris Srikkanth said the move is a huge plus for the team. “It’s already a brilliant team. Kohli has the ability to control the innings as Rohit goes for his shots and once the powerplay is over, the captain’s ability to play big shots and manoeuvre strike will be a huge plus.” Srikkanth told The Times of India.

The Case Against Kohli Opening in T20Is

Not everyone is a fan of it though. Kohli opening the innings means that Dhawan will find it hard to break into the playing XI despite being one of the finest openers of the current generation. And add to it, he hasn’t done much wrong either.

Another former India selector Devang Gandhi reckons that pushing Kohli to the top leaves the middle-order a little vulnerable and lacking in experience. “It’s all fine when you’re 100-1, but cricket is such a game that you can also be 20-2 in a knock-out game. In such situations, experience in the middle-order becomes very crucial…I believe Kohli at No. 3 is a better option and he can guide the young lot who will be playing their first World Cup,” Gandhi argued.

However, he doesn’t feel that this is the end of the road for Dhawan as he will still find a place in the World Cup squad. “With the COVID-19 protocols still in place, I will be really surprised if the T20 World Cup squad is restricted to 15. The way things are at the moment, it is about staying in the mix and Dhawan, being a proven performer, will be there in the squad…The IPL, though, is huge for him, but then, that’s true for most of the others as well,” Gandhi said. 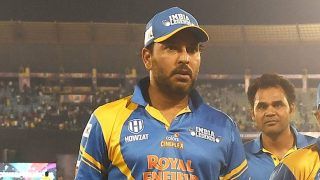 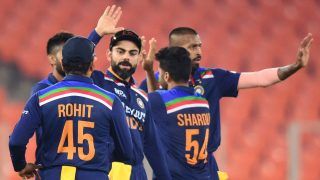