However, the allrounder will not be part of the tour to South Africa before that, said Zimbabwe Cricket.

Zimbabwe have added the allrounder Sikandar Raza to their squads for the ODI and Tests in Bangladesh next month, after having sorted out contractual issues and apologising for his social media posts from earlier this month.

In a release Tuesday, Zimbabwe Cricket (ZC) announced that Raza had been included in the squads after apologising for his September 7 tweets in which he alleged that he had not been given a contract by ZC s acting managing director, Givemore Makani, but stated that he would not be picked for the tour to South Africa.

He had missed out on selection for both tours due to contractual issues that have since been resolved following a meeting between the player and Zimbabwe Cricket (ZC) s contracts committee held on Monday, said the release. Raza explained himself, apologised for his actions and pledged his commitment to Zimbabwe national duty. With Zimbabwe leaving for South Africa this Wednesday where they will play three ODIs starting in Kimberley on Sunday and as many Twenty20 international matches the selectors decided to only include him in the sides for the Bangladesh tour.

I am extremely delighted with the news and thanks to ZC who quickly sorted out my issues, Raza said in the release. I just want to put this behind me and concentrate on and enjoy my cricket.

Added Makoni: We are pleased to have found common ground with Sikandar, who is is one of our best players. We welcome him back to the national team set-up and we hope he will contribute immensely in Bangladesh and in future tours.

Following Raza s tweet, ZC had issued a length and detailed statement in which it said that Raza was indeed not offered a new central contract, but that the call had been taken by the board s Contracts Committee and not the acting MD, Makoni.

Raza, who has played 10 Tests, 85 ODIS and 28 T20Is for Zimbabwe, was one of five players not named in the T20I squad to face Australia and Pakistan at home over an ongoing player-board fracas over non-payment of salaries. 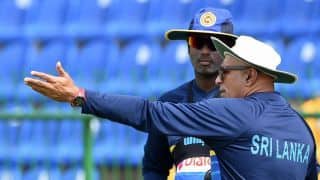 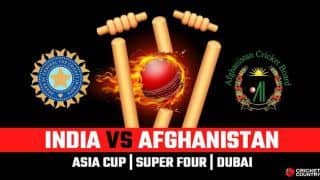