Khawaja does has experience opening in Tests, having done the job twice with success with knock of 145* and 79*,

In the absence of David Warner and Cameron Bancroft, the suspended Australia Test openers, Simon Katich believes that the team management may promote Usman Khawaja to open in the upcoming series with Pakistan in the UAE.

Australia s selectors are expected to name the squad for the two-match series in October in the coming weeks, and with Warner sidelined, there are slim pickings to choose from. According to Katich, they could be forced to look to the 33-Test experienced Khawaja.

“I think they need some seniority at the top of the order and given he (Khawaja) has batted at three it might actually suit him to get out there and get into it straight away,” the former Test opener said on SEN s Whateley program. “He is an opener from way back when he first started playing club cricket.”

Khawaja does has experience opening in Tests, having done the job twice with success. Against South Africa in 2017, he scored an unbeaten 145 in Adelaide and then was given the job on sudden notice against England during the SCG Test in January and made 79 not out. On that second occasion, a concussed Matt Renshaw had been unable to bat. Currently playing for Australia A in India, a leaner, fitter Khawaja recently stated his intent to cement a place in the Test team.

Renshaw, 22, played one Test during the acrimonious tour of South Africa during which Steven Smith, David Warner and Cameron Bancroft were banned for their roles in the ball-tampering controversy. He failed, scoring 8 and 5, but Katich backed Renshaw to open against Pakistan in the UAE based on his county cricket form: 523 runs in six first-class games, with three hundreds.

“The one positive for me recently is that Matt Renshaw made a lot of county runs in England, which is a great sign for a young player,” he said. “He ll definitely get a look-in at the start of the Australian summer if he can back it up with some Shield runs and potentially some runs on this A tour. I think he s done a fair bit since he s been dropped so in terms of runs on the board you can t fault what he s done playing for Queensland last year and in England for Somerset. I d say he s going to be a frontrunner for that role.

“Who opens with him? I think the Pakistan series might tell a few stories. It wouldn t surprise me if Usman Khawaja opened in that series.” 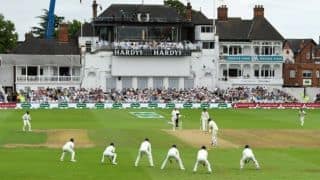 India vs England 2018, 3rd Test, Day 4 LIVE Streaming: Teams, Time in IST and where to watch on TV and Online in India 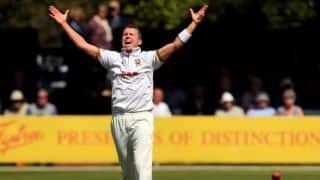