Cook marked his first innings since he retired last September with a hundred in a stand of 217.

In his first innings since he retired last September, former England batsman Sir Alastair Cook has marked his pre-County Championship campaign by scoring an unbeaten 150 for Essex versus Cambridge University.

Cook, England’s all-time run-getter in Test cricket, signed a three-year deal with Essex last year which will keep him with the club until 2021.

He was knighted in February. 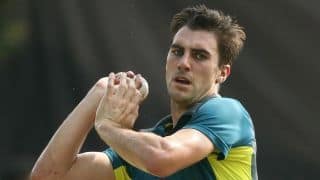