Cook becomes the 11th Englishman to be knighted for services to cricket.

England great Alastair Cook has received a knighthood in the New Year s Honours. The 34-year-old received the honour at a ceremony on Tuesday in the Buckingham Palace. Cook becomes the 11th Englishman to be knighted for services to cricket.

Cook who delivered one of the moments of the summer by signing off with his 33rd and final Test ton is one of four people associated with the game to receive a New Year s Honour.

Enid Bakewell, a legend of the women s game, has received an MBE, while Alvin Kallicharran and Peter Wynne-Thomas have both been recognised with a British Empire Medal. (ALSO READ: Alastair Cook receives knighthood)

Bakewell, who enjoyed a 14-year England career, won the inaugural Women s World Cup in 1973 and was inducted into the ICC Hall of Fame in 2012. 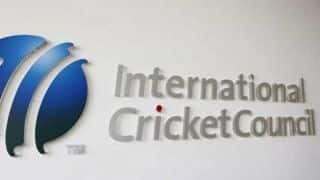 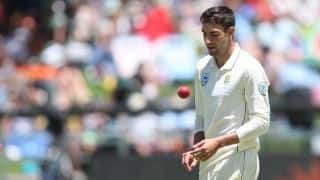