This will be Australia's first tour of Sri Lanka since 2016

Australia are set to tour Sri Lanka for a full-fledged tour starting June 7. The teams will cross swords in three T20Is, five ODIs and two Tests. Notably, this is Australia’s first tour to Sri Lanka since 2016. Ahead of the series, Australian players have raised ethical concerns over touring the country amidst the crisis. For the unversed, Sri Lanka is going through a massive economic crisis which has led to widespread protests by the public against the ruling government. The country was placed under curfew for a few weeks and even though the restrictions have been uplifted, the shortage of fuel and basic necessities is a massive cause of concern.

Meanwhile, Australian payers are unsure of touring the country but will abide by the instructions given by the officials. The series will start with T20Is that will be played in Colombo before the caravan moves to Pallekele for the first two ODIs. They will return to Colombo for the remaining three ODIs before heading to Galle for the two-match Test series. With the country dealing with a massive fuel shortage, the players are in dilemma on moral grounds.

Australian Cricketers Association CEO Todd Greenberg revealed that he is aware of the players’ concern regarding the Sri Lanka tour but added that there are no suggestions that the players will not tour the country.

“The players are very aware of the situation in Sri Lanka and it’s fair to say there is a level of discomfort around touring in conditions that contrast those faced by the people of Sri Lanka, such as rising food prices, power cuts and fuel rationing,” Greenberg told AAP.

“Ultimately our players want to continue to play cricket and will take direction, guidance and advice from CA about tour arrangements and planning.”

Meanwhile, the Australia tour of Sri Lanka can be a massive boost for Sri Lanka’s economy. Last year, during the Indian Premier League (IPL) 2021, Pat Cummins and fellow Australians raised a fundraising campaign to help India battle the deadly COVID-19 outbreak. While a fundraising campaign won’t be easy in Sri Lanka as the country is not dealing with a humanitarian crisis, a competitive series can pull the crowd to the grounds which can indirectly help the country recover a bit.

“Our players are very fortunate to be able to ply their trade across the world, and as part of this, they form an affinity with the people from these countries,” Greenberg said.

“We saw an example of that last year when the players left the IPL in India during the Covid crisis and were genuinely shaken by they saw. Almost immediately, they coalesced their support behind a UNHCR campaign to raise funds and provide hospitals with much-needed oxygen.” 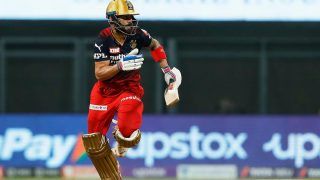 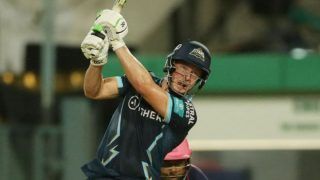