Dale Steyn has confirmed his groin injury is not serious and is just a small tweak from which he expects to fully recover in a week's time or so.

Dale Steyn has confirmed his groin injury is not serious and is just a small tweak from which he expects to fully recover in a week’s time or so. Steyn raised fears of another injury setback when he hurt his groin while playing for Hampshire in a County Championship match on Monday.

Midway through his 11th over for Hampshire against Nottinghamshire, the 35-year-old left the field after a brief discussion with his captain James Vince with Liam Dawson bowling the remaining two deliveries.

In a cheeky post from his official Twitter account, Steyn alleviated the concerns writing, “Never had so much attention about my groin area…Small tweak, nothing serious 7-10 days Likely to miss 1 game,”

Never had so much attention about my groin area…

The South Africa pacer has had a terrible run-in with injuries over the past two years. In 2017, he hurt his shoulder in Australia and sat out for the better part of the year. Then in February this year, he picked up a freak injury on return to Test cricket against India at Newlands. He was subsequently ruled out of the series.

He returned to international cricket last month in a two-Test series against Sri Lanka in which he managed just two wickets.

Steyn has already made his intentions clear to quit limited-overs cricket after the 2019 World Cup but is eager to extend his Test career as long as possible. I will be trying to get to that World Cup (in England). But after the World Cup I don t see myself playing white ball cricket for South Africa. By the time the next World Cup comes, I will be 40, Steyn had said last month. 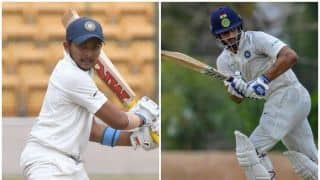 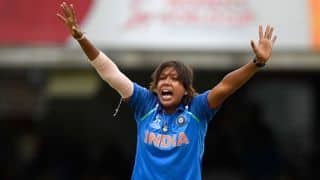