Smriti Mandhana hit 5 fours and four maximums in her innings of 52* off 19 balls; she is now the joint record holder for the fastest fifty in women's T20

Smriti Mandhana was named Player of the match Getty Images

Smriti Mandhana, the dashing opener from Mumbai, was in a belligerent mood as she smashed her way to a 19-ball 52* to help her side Western Storm beat Loughborough Lightning by 18 runs in the Kia Super League in a rain-reduced six-over game played at Taunton. In the process, she equalled the record for the fastest half-century in women’s T20.

The classy left-hander performed exceedingly well to take Storms to a total of 85 in the allotted overs. In reply, Loughborough Lightning scored 67 runs without losing a wicket but fell short by 18 runs in the final analysis. New Zealand captain Sophie Devine, who opened the batting for Lightning made 46 runs off 21 balls but it wasn’t enough to take her team beyond the finishing line.

Mandhana was in destructive mode as she opened her account with a six and added five boundaries and three more maximums in her quickfire innings. She is the first Indian to have joined the KSL and is now a joint record-holder for the fastest fifty in the shortest format. 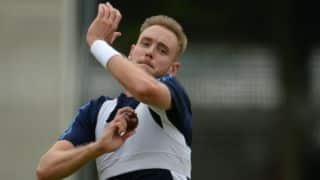 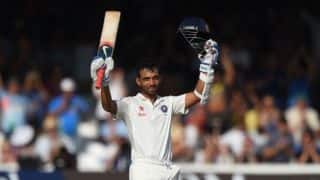