The marquee player is expected to be announced before July 10.

Kolkata: Defending champions Atletico de Kolkata will gear up to the second season of the Indian Super League (ISL) football tournament with a three-week training camp in Spain as they are also mulling names on their marquee player, co-owner Sourav Ganguly said today.

“We’ll be travelling to Madrid like last season. The preparation for the team building is in full swing and we?re now discussing a few names on our marquee player,” the former India cricket captain told reporters here today.

The reigning champions are believed to be in talks with former Uruguayan and Manchester United striker Diego Forlan whose contract with J-League side Cerezo Osaka has expired last month.

The marquee player is expected to be announced before July 10 the date for the the Players Draft and Auction in Mumbai. The red and white brigade have 16 players in their roster for the second season that includes seven foreigners.

In the inaugural season in 2014, ATK had a similar preseason training at the Los Angeles de San Rafael training base of the club’s Spanish partners and La Liga giants Atletico de Madrid. 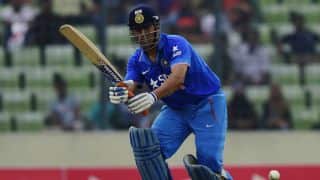