Former Indian captain Sourav Ganguly has blasted the team for putting up an ordinary batting display on a lifeless track at the Adelaide Oval in the fourth and the final Test against Australia here Thursday. 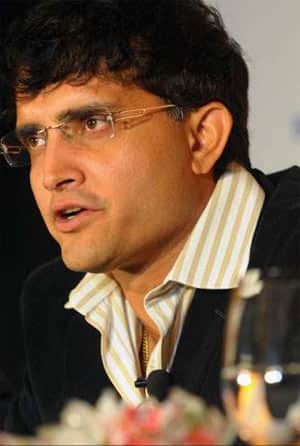 Ganguly couldn’t believe that the Indian batsmen struggled at Adelaide, which was the closest to the pitches in the subcontinent

Former Indian captain Sourav Ganguly has blasted the team for putting up an ordinary batting display on a lifeless track at the Adelaide Oval in the fourth and the final Test against Australia here Thursday.

Ganguly can’t believe that the Indian batsmen, barring Virat Kohli (116), could score on a track, which was the closest to the pitches in the subcontinent.

“It just goes to show that if the confidence is down, even good pitches create problems. This was a perfect example of that. The batting unit has struggled throughout the series but this effort must be really worrying to the players. One can argue the wickets in the past Test matches had a lot more seam movement and it wasn’t easy but this was an absolute belter,” said Ganguly.

Ganguly praised Kohli and wicketkeeper-batsman Wriddhiman Saha (35) for resurrecting the innings with their 114 run stand after India were reduced to 111 for five.

“Kohli was, once again, brilliant and took up where he left off in Perth. He looks like a very good player. The knocks in Perth must have given him a lot of confidence and this could be just the innings he needed to get his Test career going. I have always believed one needs to get runs overseas as a Test batsman. Kohli is the sort of player who goes on to make big scores once he gets in and this is a good sign for a batsman,” Ganguly wrote in his column in the Sydney Morning Herald.

Praising his statemate Saha, Ganguly said: “A word of praise for Saha, too. He fought well in his knock with Kohli and has definitely shown the temperament for success at this level. He is by far the best wicketkeeper in the country and, if he can keep performing, opportunities will be coming soon.It’s never easy to fill places because one never knows when the next opportunity will come, but he has done no harm to his reputation.”

Ganguly was all praise for Australian pacer Peter Siddle, who has emerged as the new leader of the pack.

“For Australia, it was a perfect day. I don’t think the players themselves would have thought they could go through this Indian batting that easily on this surface, but the bowlers, especially Peter Siddle, were absolutely brilliant. Siddle has a very big heart and to me he is a captain’s delight. Lots of bowlers get wickets in helpful conditions but it’s the wickets on flat pitches that are always special and Michael Clarke will keep this in mind about his leading quick,” he said.

Ganguly said Clarke did the right thig by not enforcing the follow-on. Ganguly said a declaration could be expected at lunch on Friday as the Aussies will have five sessions to get India out on this pitch.

“Clarke rightly did not enforce the follow-on, as there is a lot of time left in this Test match. The weather has been very hot, something I have not experienced in this country before, so he gave his quicks the extra rest required. With the forecast of two more hot days, the pitch will further deteriorate and make life harder for the Indian batsmen,” he said. (IANS)