BCCI president and former former captain Sourav Ganguly has praised Indian cricket team’s fearless approach in the third and final T20I against West Indies as they racked up a mammoth 240/3 at the Wankhede Stadium.

Departing from their usual approach in T20Is, Indian batsmen went for the big shots from the first over itself as they struck 72 runs in the Powerplay.

“Not many expected India to lose a series … win was not a surprise… what will stand out is the fearless batting which all will see in T20 now… play without fear… no one plays for his place but plays to win…well done India,” Ganguly tweeted on Thursday morning.

Opener KL Rahul played the starring role with 91 off 56 with fellow opener and vice-captain Rohit Sharma smashing 71 off 34. Virat Kohli then blasted an unbeaten 70 off just 29 deliveries, an innings that featured four fours and seven sixes.

West Indies fought through Kieron Pollard but managed 173/8 from their 20 overs as India registered a big 67-run win.

Kohli, too, acknowledged the new approach saying there was a bit of a hesitation to bat first earlier but the lesson from Wednesday night would serve them good. “The way Rahul and Rohit played today was the key. Batting first, we have been too tight and hesitant, but this pitch allowed us to play freely. It was a good lesson for us and now we need to remember it,” he said. 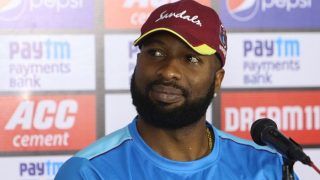 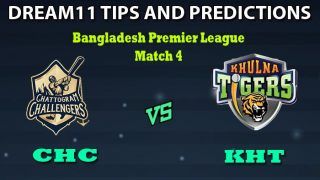