The Supreme Court-appointed Committee of Administrators (CoA) has again come under criticism for its frequent changes in eligibility criteria in domestic cricket.

The Supreme Court-appointed Committee of Administrators (CoA) has again come under criticism for its frequent changes in eligibility criteria to play domestic cricket for a particular state. BCCI acting secretary Amitabh Choudhary had earlier expressed his displeasure at the relaxing of one-year rule for wards of government employees to qualify as local players upon their transfer to a different state.

Now, Ganguly has reportedly added his voice to the issue saying it’s surprising the decisions are being made without any consultation.

According to The Times of India, Ganguly, who currently heads BCCI’s technical committee and also Cricket Association of Bengal (CAB), wrote an email to Choudhary the the manner in which decisions have been made are against the basic constitution of the BCCI.

“Dear Amitabh ji, I am totally agreeable to this and have brought to the notice of the concerned people,” Ganguly wrote in the email. “I am really surprised it goes through without consultation. Even the decisions taken at the technical committee meeting have been overlooked and new rules have been followed. It is complete chaos and against the basic constitution of the BCCI where the respective committees are holding meetings. Hopefully, the CoA will understand the importance.”

CoA had earlier tweaked the one-year rule of working/studying for a player to become qualified to play for a state, in this case for Puducherry. After facing criticism from other state associations, CoA was forced to roll back the change. 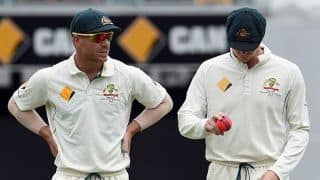