In the recently announced contracts, the match day fees of domestic cricketers have been hiked from Rs 10,000 per day to Rs 35,000.

“I think that is very commendable from Rahul (Johri) and the Board. And as he said I have been harping for it for the last one-and-half years, increase the money for first class players. I would still request him (Johri) to increase a bit more, because they are first class players, a lot of them will not become Ajinkya Rahane’s and Virat Kohli’s”, Ganguly said at the India Today conclave on Monday.

“Jobs are not very easy in modern day because times have changed. The culture has changed and I will push him (Johri) for one more season when I meet him and hopefully I can get it more for first class players”, he added.

The left-handed batsman was speaking after BCCI CEO Rahul Johri said that the focus of the contracts was domestic cricketers.

“So what the important thing, which you see in the Central contracts that got announced recently was the focus on domestic cricket, because that is the bed-rock and if you see till now a domestic cricketer who used to play, used to get his actual compensation after one-and-half years,” Johri said.

“What has been done now, the match fees for domestic cricketers per day has been raised from Rs 10,000 to Rs 35,000 and they don’t have to wait for one-and-half years. They will get their match fees after the games. Sourav is a great proponent of that and he is pushing for it”, he added. India to play shorter formats first to get acclimatised to conditions during England tour, confirms BCCI 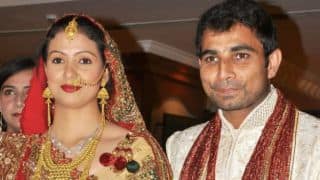