South Africa A registered a thumping win in the second unofficial Test match against India A at Pretoria on Wednesday. 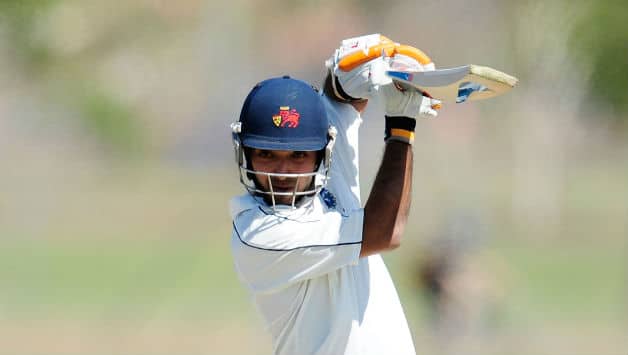 India A‘s batting collapsed when it mattered the most as they crashed to a 121-run defeat in the second unofficial Test against South Africa A who rode on seamer Beuran Hendricks’ six-wicket haul to level the two-match series 1-1 on Tuesday.

The visitors lost despite fighting half-centuries by Ajinkya Rahane (86) and Wriddhiman Saha (77 not out) who made a gallant effort to try and take India to victory after a top order collapse.

Chasing a stiff 307-run target for victory, Rahane and Saha by tea had brightened India’s chances of registering a series win with an unbeaten 160-run stand for the sixth wicket after they were struggling on 18 for five at one stage.

India A had won the first unofficial Test by an innings and 13 runs at Rustenburg.

They were cruising on 177 for five at tea with both Rahane and Saha at the crease before the tables completely turned around after the break with the visitors losing five wickets for just seven runs.

Rahane’s dismissal triggered the collapse as the tailenders caved in meekly.

Even as Saha tried hard to put up a brave fight but he kept losing partners at the other end. He remained unbeaten on 77 off 183 balls including 11 boundaries.

Hendricks finished with figures of 6 for 27 from 17 overs, while Simon Harmer chipped in with three for 79.

Cheteshwar Pujara, who resumed on Tuesday on 2, failed to add to his overnight total as Jutin Ontong ran him out.

Hendricks, who dismissed opener Murali Vijay (2) yesterday, accounted for the other three wickets — overnight batsman Shahbaz Nadeem (5), Dinesh Karthik (0) and Ambati Rayudu (1) — to leave the Indians in tatters, before Rahane and Saha came to the team’s rescue.