AB de Villiers will return to duties behind the stumps since Dane Vilas has been dropped.

South Africa have announced their squad for their opening two Tests of their home series against England. In highlighting developments, AB de Villiers will return to duties as wicket-keeper while Imran Tahir and Simon Harmer have been dropped. South Africa have opted for a one-spinner strategy with only Dane Piedt retained in the squad in the spin-specialist department after his encouraging performance against India in the final Test of the four-match series at Delhi. Unsurprisingly, Dane Vilas lost his place in the side after repeated failures on the India tour. Meanwhile, the uncapped Rilee Rossouw has been called up to the squad. ALSO READ: Dane Piedt should have played ahead of Simon Harmer in all matches of India vs South Africa 2015 Test series

“One of the issues that concerned us during the tour to India was the lack of depth to our batting, particularly in the lower order and the change in AB’s role means that we can now have a specialist batsman at No. 7,” commented Zondi as quoted by sport24.co.za.

“We now feel that the side has a much better balance about it without in any way reducing the tactical options available to our captain, Hashim Amla. The return to South African conditions made it inevitable that we would only choose one specialist spinner with JP Duminy and Elgar both available as back-up and Dane (Piedt) is the man in possession,” Zondi added.

“Our batting line-up has served us well in the past in matches under our own conditions and I am confident they will be ready for the challenge in what is going to be a very tough series in which experience will play a vital role,” Zondi concluded. 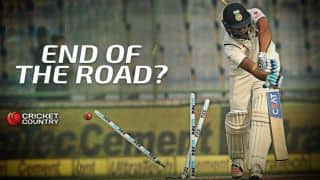