South Africa were bowled out for 191 in the reduced limit of 44 overs against Pakistan in the second ODI at Centurion. 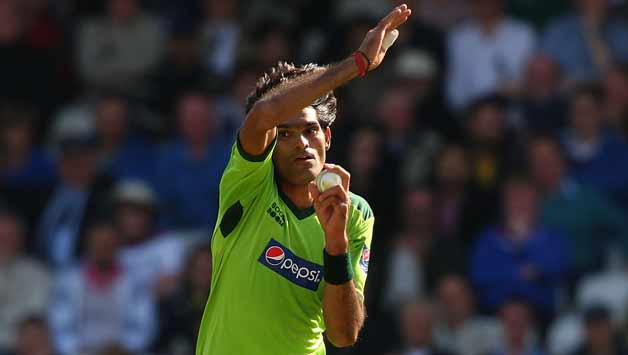 South Africa were bowled out for 191 in the reduced limit of 44 overs against Pakistan in the second ODI at Centurion.

Pakistan had a great start as the tall pacer Mohammad Irfan and Junaid Khan worked well in tandem to reduce the home side to 62 for five in only the 11th over.

Irfan started the proceedings by dismissing opener Hashim Amla (17) who chased a wide delivery and edged to wicketkeeper Kamran Akmal. The centurion from the first ODI, Colin Ingram walked in next but was forced to walk back immediately as he was controversially adjudged out by third umpire Kumar Dharmasena.

Skipper AB de Villiers was Ifran’s third victim as the former was in two minds and ended up giving a catch to Younis Khan at second slip. At this stage the Proteas were struggling at 35 for three in the seventh over.

Graeme Smith too couldn’t hang around for too long as he gave his wicket away to Junaid while Irfan struck to remove Faf du Plessis as the home side were reeling at 62 for five.

Farhaan Behardien put on two crucial partnerships with Ryan McLaren and Robin Peterson to steady the ship before rain interrupted play in the 38th over.

Play resumed after a while with the match shortened to 44 overs-a-side and the Proteas lost their remaining three wickets as they were bowled out for 191.