Cricket South Africa (CSA) have announced a 15-man squad to face Australia in a three-match Test series. CSA made the announcement via their official Twitter account.

Fast bowlers Ryan McLaren and Wayne Parnell have been included in the squad. While McLaren has played only one Test for the Proteas, Parnell has played in three.

Leg-spinner Imran Tahir has been dropped from the  squad. Tahir endured a miserable time against India in the first of the two-match Test series in December 2013.

Graeme Smith will lead the side. Quinton de Kock has not been included in the squad. South Africa will have Dale Steyn, Morne Morkell and Vernon Philander to lead their bowling attack. 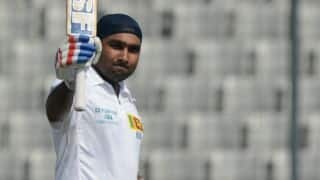