The uncapped Petersen had scored 111 for South Africa A against the English in a tour match in Benoni last week.

South Africa on Sunday named Keegan Petersen as replacement for the injured Aiden Markram for the second Test against England at Newlands which begins on Friday.

Markram was ruled out of the series after breaking a finger while fielding in the first Test at Centurion. He will undergo surgery this week, a Cricket South Africa release said.

“Knights Cricket batsman, Keegan Petersen has been named the replacement for injured Aiden Markram ahead of the Test match against England in Cape Town,” Cricket South Africa (CSA) via Twitter.

The uncapped Petersen had scored 111 for South Africa A against the English in a tour match in Benoni last week. Among his highlights include a 155 for Northern Cape against Western Province in Kimberley last month in a second-tier first-class game.

The call will puzzle few Proteas fans considering Petersen is a No. 3 batsman and South Africa already have a specialist opener in their squad in Pieter Malan. However, if Petersen is going to make the squad then Rassie van der Dussen, who made his debut at No. 5 at Centurion in place of the injured Temba Bavuma and scored 51 in the second innings, could be pushed up the order.

Petersen can then earn his place and as a black player, he could help balance the racial composition of a team who put seven white players – two more than the maximum permitted – on the field at Centurion.

The 26-year-old Petersen has accumulated 15 centuries in his 149 first-class innings. 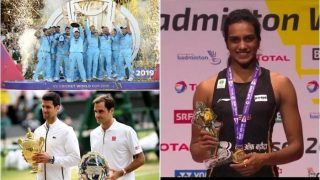