In January 2016, former Lions, Titans, Dolphins batsman Gulam Bodi confessed his involvement in match-fixing and was slapped with a 20-year ban, five of which were suspended.

Earlier this year, the news broke out on South Africa cricketers being involved in match-fixing scandals that involved huge names. The reports have not included the names yet but it does mention that those involved will be facing lengthy ban of 20 years. At least one former Proteas player faces a life-time ban. In January 2016, former Lions, Titans, Dolphins batsman Gulam Bodi confessed his involvement in match-fixing and was slapped with a 20-year ban, five of which were suspended. Bodi’s international representation was limited to two ODIs and one T20 for South Africa. Bodi made his ODI debut in 2007 against Zimbabwe in Bulawayo, scoring 51 and 32 in the series, while his sole T20 came later that year in Port Elizabeth against the West Indies, where he scored eight. ALSO READ: Gulam Bodi faces further criminal charges by CSA apart from 20 years ban

At the time, Bodi’s Lions team-mate Thami Tsolekile was also under the radar. As reported on sports24.co.za, investigations into another two Lions players, batsman Alviro Petersen and bowler Lonwabo Tsotsobe, are now complete. The match-fixing investigation cropped up from last year’s Ram Slam T20 Challenge in which the Titans beat the Dolphins in the final. When contacted on Sunday, Cricket South Africa (CSA) said they were unable to comment on the matter as the investigation was still ongoing. ALSO READ: South African bowler Lonwabo Tsotsobe denies involvement in match-fixing scandal

Meanwhile, South Africa recently competed in the recently concluded Tri-Nation series in which the visitors were ousted by hosts West Indies on Friday by 100 runs and disallowing them to reach the final spot. The series was concluded with Australia lifting the Trophy on Sunday defeating West Indies by 58 runs. 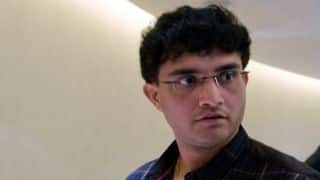