Hashim Amla, Quinton de Kock‘s tons and a brilliant bowling performance helped South Africa outclass India once again to register a convincing 134-run win in the second One-Day International (ODI) at Durban. With this win, the Proteas have sealed the three-match series with another encounter to go.

It was an all-round performance by South Africa with a solid show with the bat, brilliant fielding and the bowling which has been in form. India’s fate was sealed before the end of the first powerplay when they were four down with just 34 on board. More than the brilliance of South African pacers, it was the batsmen who were to be blamed for the downfall during the pursuit of 281 runs.

India’s flurry of wickets started with the fall of Shikhar Dhawan. The left-handed batsman slashed at an away going delivery from Dale Steyn and was caught at backward point by JP Duminy. It was Dhawan’s second duck in his ODI career. Even before one could think of a revival, Virat Kohli was on his way back as he was caught behind after tentatively playing at one that left him. That was Lonwabo Tsotsobe’s first wicket. With both batsmen gone for ducks, India were in trouble. Rohit Sharma and Ajinkya Rahane — who replaced Yuvraj Singh — hung on for a while; cautiously taking the singles under pressure.

Amla took a brilliant catch at short mid-wicket off  Tsotsobe to send back Rohit. At 29 for three, Indian hopes were fading gradually and they were further dented with Rahane departing for an unfortunate caught behind decision for eight. Replays showed that Rahane’s bat was nowhere close to the ball.

India then pinned their hopes on rain. Just around the 13th over, a slight drizzle had a concerned AB de Villiers bringing in JP Duminy to complete the overs quickly. As the match moved close to the 20-over mark, the umpire even refused 12th man Ambati Rayudu to handover a pair of gloves to skipper Dhoni. However, in the process, India fell in further deep trouble with Dhoni edging the penultimate delivery of the 20th over to de Kock, who caught it brilliantly diving to his right. Vernon Philander, who made a comeback in this match, had his first wicket of the day. The South African fielding was excellent all through the evening. Even Suresh Raina was out to a sharp catch by David Miller for 36. Raina put up a determined fight against the pacers but it required more than just hanging around to overhaul a target of 281.

However, Ravindra Jadeja and Ravichandran Ashwin saw through the next few overs easily even as the run-rate kept increasing. Ashwin, who looked comfortable in the previous ODI, was timing the ball comfortably. The pitch wasn’t unplayable at all. In fact it looked much better than the Wanderers wicket. Yet it was a relentless effort from South Africa which didn’t allow the Indians to come back into the game. Steyn broke the small 38-run partnership by sending back Ashwin. After that, the pacers cleaned up the tail to finish off the match.

Before the bowlers dominated the Indian batsmen, Amla and de Kock had set up the platform for the victory with a huge 194-run opening stand. Both the batsmen slammed tons as the Indian bowlers once again failed to find an early breakthrough in the match which was reduced to 49-overs a side due to rain delay. Yet again Mohammed Shami was pick of the bowlers bagging three for 48. They managed to pull back things towards the end. But chasing 281 was still a challenging task considering that the Indians hadn’t adjusted to the South African conditions. De Kock was named the Man of the Match.

India will have to address a lot of questions. The batting in particular has some thinking to do with another ODI  (December 11) and two Tests to go. 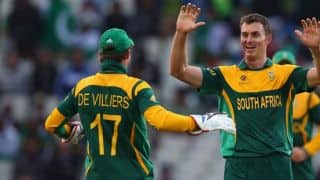 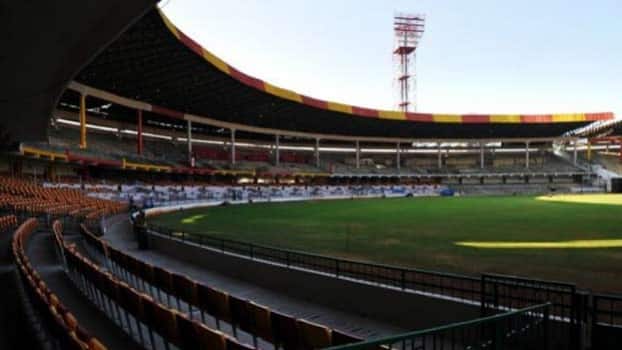