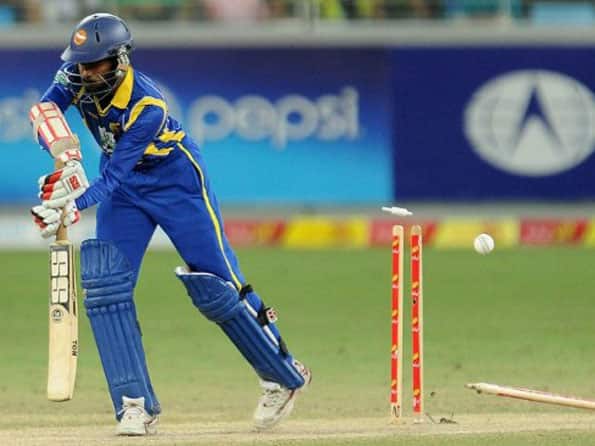 Replying to a South African total of 301 for eight, Sri Lanka lost their first six wickets for 13 runs before being bowled out for 43, a record low total for the tourists.

Opening batsman Amla anchored the South African innings and made 112 off 128 balls. He shared in partnerships of 144 for the second wicket with Jacques Kallis (72) and 91 for the third wicket with new captain AB de Villiers (52).

It was always likely to be a tough target for Sri Lanka to chase but their hopes were dashed almost immediately as they made a disastrous start with new ball bowlers Morne Morkel and Lonwabo Tsotsobe both taking three wickets in their opening spells.

Morkel finished with four for 10 to take the man of the match award, while the left-armed Tsotsobe claimed three for 19.

Sri Lankan captain Tillekeratne Dilshan acknowledged that South Africa had produced “fantastic bowling” at the start of his team’s innings.

“After that it was very difficult to come back,” he said.

Dilshan took heart from Sri Lanka’s comeback in the Test series when they won the second Test after losing the first by an innings.

“The same thing must happen again,” he said.

De Villiers said it had been a “dream start” to his captaincy. “It was a quality team performance,” he said.

Morkel started the collapse when Upul Tharanga fell to a diving catch by JP Duminy at gully off the second ball of the innings without scoring. Dilshan also went second ball for a duck, caught behind off a ball from Tsotsobe which bounced and cut back at him.

When Mahela Jayawardene was caught at point off Tsotsobe, Sri Lanka’s innings was in tatters at 13 for six.

Kosala Kulasekera showed some fight and made 19, the only Sri Lankan to reach double figures, before Morkel returned to the attack and he was caught at deep midwicket pulling a short ball.

Sri Lanka’s previous lowest total was 55 against the West Indies in Sharjah in 1986/87. Their collapse happened on the same ground where they dismissed Canada for a then world record low 36 during the 2003 World Cup.

South Africa seemed on target for a total in excess of 300 until pinch hitter Albie Morkel and Amla were dismissed off successive balls by Lasith Malinga in the 46th over.

Six wickets fell in quick succession while 22 runs were added in the final 4.4 overs. Malinga finished with five for 54.

On a scorchingly hot day in the Cape Winelands, Amla took his time adjusting to a slow but even-paced pitch and Kallis dominated the early part of the second wicket stand.

But once Amla was in he took command of the Sri Lankan bowling as he reached his fifty off 62 balls and his ninth one-day international century off 114 balls.

The only blemish in Amla’s innings was that he was responsible for the run out of Kallis, who was looking in imposing form before Amla stroked the ball almost straight to Mahela Jayawardene at cover and called for a run.

Jayawardene’s throw hit the stumps at the batsman’s end with Kallis well beaten.

Kallis, whose only previous international innings at the seldom used Paarl ground brought him a century against the same opponents in 2002/03, made his 72 off 80 balls with six fours and a six.

De Villiers was in sparkling form as he hurried to a half-century off 36 balls with seven fours before being yorked by Nuwan Kulasekera, who until Malinga’s late burst was the pick of the Sri Lankan bowlers. (AFP)

Will the wheel of fortune turn full circle for Virender Sehwag in the Perth Test?