South Africa's think-tank said they are mulling over adding an extra batsman against Australia.

The South African selection committee has said that the team will seriously consider playing an extra batsman in the second Test starting in Port Elizabeth on February 27.

According to Sport24, convenor of selectors Andrew Hudson said that he does not think the team anticipated the uneven pitch at Centurion Park, adding that they are mulling over adding an extra batsman as Australia went in batting-heavy, relying on their three seamers and their spinner, which they did successfully.

The report mentioned that if South Africa opts to put in Dean Elgar at number seven, all-rounder Ryan McLaren could miss out on selection and Hudson said that they would have to look at the No.7 spot and decide whether it is the all-rounder or playing a spinner. 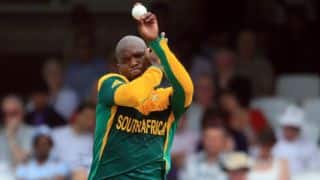