Australia later went on to lose the fourth ODI by six wickets to go down 0-4 in the five-ODI series.

South Africa‘s spinner Tabraiz Shamsi and Australia wicketkeeper-batsman, Matthew Wade, were charged with misconduct after the duo got engaged in a series of verbal exchange during the fourth One-Day International (ODI) of the five-ODI series being played between South Africa and Australia. The incident took place when Wade grabbed a single while batting and neglected to pull his elbow while running past the South African spinner. The pair have been charged under article 2.1.1 of the International Cricket Council (ICC) Code of Conduct, which relates to minor acts of conduct that is contrary to the spirit of the game . Wade was eventually the highest run-scorer for Australia but could not prevent his team from another loss in the series against South Africa. ALSO READ: South Africa vs Australia, 4th ODI: 230-250 would have been enough, says Matthew Wade

Reflecting on the same, Wade said the incident had been blown out of proportion before adding it is all part of the competitive atmosphere of international cricket. He stated, I hope it all stays out there, there wasn t a lot in it to be honest. Everyone s going their hardest, we had a crack at them the other night and they came back at us today. I enjoy that side of the contest a lot. It gets me in the contest I feel so I like that side of the game”, added Wade. ALSO READ: Hilarious: Watch Tabraiz Shamsi s ‘Bus-Driver’ celebration after taking Brendon McCullum s wicket

Australia later went on to lose the fourth ODI by six wickets to go down 0-4 in the five-ODI series. The visitors were bundled for 167 in 36.4 overs with Shamsi and Man of the Match, Kyle Abbott, sharing seven wickets amongst them. The two sides will next lock horns at Newlands Stadium on October 12 for the last ODI. 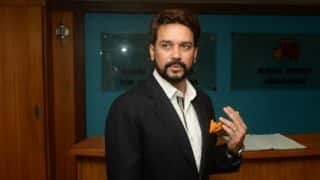 BCCI calls for SGM; Lodha panel recommendations to be discussed 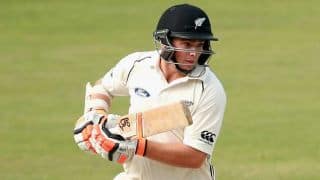