A whitewash will totally put the Australians on the mat whereas South Africa will be on cloud nine.

South Africa and Australia meet for the final One-Day International (ODI) at Kingston, Durban with the series already in South Africa s favour. The hosts will be itching towards a historic whitewash against the No. 1 ranked ODI side. Nothing has clicked for Australia as their bowling has looked poor whereas their batting has failed completely on two occasions. Australia have been erratic with the bat while their bowling has lacked depth with Mitchell Starc and Josh Hazlewood missing out on the tour. Still, nothing should be taken away from South Africa, who are also without AB de Villiers, Morne Morkel and Chris Morris, but have showed character in this series. Full Cricket Scorecard, South Africa vs Australia, 5th ODI

Talking about the fourth ODI, South Africa registered another scintillating victory against Australia at Port Elizabeth and have taken a 4-0 lead in the five-ODI series. South Africa have been magnificent throughout the series and have a golden chance to whitewash the visitors. Faf du Plessis side showed character in not only chasing big totals but also picked wickets at regular intervals to push Australia on the mat. In the fourth ODI, Kyle Abbott bowled a superb spell to get rid of Australian openers and put pressure on the visitors. South Africa bundled out Australia for 167 and chased within 36 overs and six wickets intact.

South Africa won the toss and elected to bowl on a turf which offered assistance to bowlers. Australia s batsmen once again failed to fire and lost wickets aplenty. Abbott bowled beautifully with the new ball and dismissed Aaron Finch in the very first over of the match. He continued his good momentum and removed David Warner with a peach of a delivery. Abbott got the ball to swing and hit the right areas to reap fruitful dividends. George Bailey and Steven Smith s dismissals had, by then, pushed back Australia on the back foot after which they never recovered. Wicketkeeper-batsman, Matthew Wade, struck a fluent fifty to see his side past three figures but Australia could only manage 167.

Tabraiz Shamsi was also instrumental with his spin and chipped in with some key wickets. He had the prized scalp of Smith, Travis Head and John Hastings to his name. South African run-chase started off with few hiccups as they lost Hashim Amla early in the innings. Quinton de Kock looked good as he took the challenge but departed after a brief cameo. Du Plessis and JP Duminy stuck in the middle but it was Rilee Rossouw s unbeaten knock of 33 which saw the team through the finish line. ALSO READ: South Africa vs Australia, 4th ODI: 230-250 would have been enough, says Matthew Wade

South Africa are now leading the series by 4-0 with a game to go. There have been many star performers for the home side in this series. De Kock started South Africa s rampage with a blistering 178 in the opening game along with good support from Rossouw. In the second ODI, du Plessis stood tall with a ton whereas South Africa s bowlers were outstanding to dismantle the visitors.

The third ODI belonged to Warner and Smith with a fine century in the first innings but Australia s clueless bowling line-up could still not defend a score of 350+ to handover the series to South Africa. David Miller was South Africa s hero with an aggressive hundred under his belt.

Someone or the other has stood up when the team has been in dire conditions and South Africa will take a lot of positives going into the next series, which is a tour to Australia. A whitewash will totally put the Australians on the mat whereas South Africa will be on cloud nine. ALSO READ: SA vs AUS: The resurgence of Miller

A newcomer like Andile Phehlukwayo has been the highest wicket-taker of the series while Dale Steyn is second in the list. Imran Tahir has an economy rate of 4.85 in three outings and Shamsi has made the most of the one chance he has got till now in the series. Australia have lots to ponder upon if they want to save themselves from further humiliation and not show that they are half the side without Starc. Smith s captaincy is under serious threat too as he is on the brink of another whitewash, one in three-Test series versus Sri Lanka. Nonetheless, Australia are world champions and they will like to step up for one last time and give it back to South Africa before summing up the series. 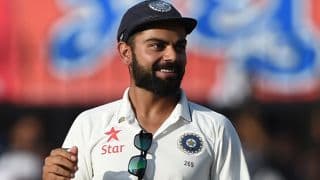 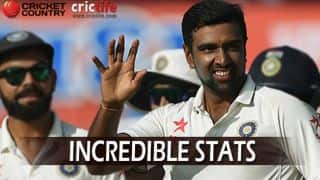