South Africa will be looking to save the Test and the series somehow.

South Africa 265
V Philander 51 (105)
A brilliant yorker ends a dramatic game of Test cricket. Unbelivable scenes and thanks a lot BIff. Words won’t begin to describe the sadness at your retirement.
OUT!M Morkel

You’re the umpire! Is Vernon Philander out? pic.twitter.com/mnHoYNZi1n

Hello and welcome to the live updates of the fifth and final day of the third Test between South Africa and Australia at Cape Town, which is hanging heavily in the visiting team’s favour. Today is a huge day for both the nations in their cricketing history. I am Radhakrishnan Vishal  and I will be updating you with all the action.

On one hand, if Australia manage to complete the superb job they have done so far, they will be rewarded with an away series win against the world’s best Test team, who have not lost a series since they became No 1. This win could pave the way for another era of Australia’s dominance in world cricket.

And on the other hand, South Africa, today, bid goodbye to their leader, Graeme Smith, who has led them to the pinnacle of Test cricket over the last 11 years. Their most illustrious left-hander of the last decade has called it a day, and the Proteas, rest assured, will play out of their skins to save the Test and make it his day.

We are in for some mouth-watering action, and probably a fitting finale to what has been a brilliant Test series so far. 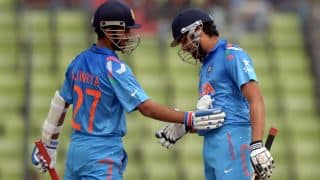 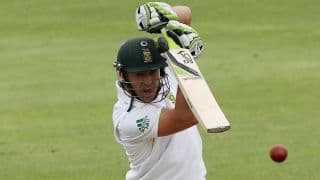