The 35-year-old, playing his 92nd Test, is now the seventh highest wicket-taker in Test cricket.

Dale Steyn put his injury issues behind to go past Kapil Dev as the seventh highest wicketktaker by virtue of his four wickets in the ongoing Test against Sri Lanka. Steyn and England’s Stuart Broad share the seventh position. South Africa bundled out Sri Lanka for 191 on Day two of the first Test at the Kingsmead in Durban on Thursday. (FULL SCORECARD: 1st TEST)

Steyn, South Africa’s leading wicket-taker in Test cricket, scalped four wickets – Lahiru Thirimanne, Oshada Fernando, Kusal Perera and Suranga Lakmal – to make sure the hometeam secure the first-innings lead after being restricted to 235 by the Lankan pacers on Day 1.

The South African speedster was a wicket away from equalling the Indian all-rounder’s record before the Test kicked off on Wednesday and with the four-wicket haul, now has 437 wickets against his name in Test cricket. (ALSO READ: TV broadcaster reveals South Africa’s strategy against Sri Lanka batsmen)

The 35-year-old, playing his 92nd Test, is now the seventh highest wicket-taker in Test cricket. The list is headed by Sri Lankan spin great Muttiah Muralitharan with 800 wickets against his name while the likes of Shane Warne and Anil Kumble occupy the next two spots with 708 and 619 wickets respectively. James Anderson is on the fourth spot with 575 wickets. The next two slots in the list are occupied with Glenn McGrath (563 wickets) and Courtney Walsh (519 wickets). Steyn and Broad are the next two in line. 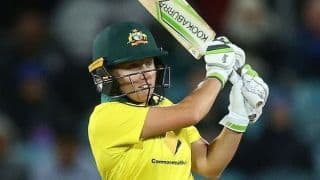 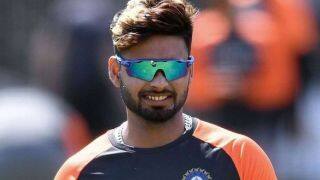