Amla, who was rested for the first three ODIs, will make way for Reeza Hendricks, who had originally been left out of the last two games.

Hashim Amla will miss the remaining two ODIs against Sri Lanka after Cricket South Africa (CSA) granted the senior batsman compassionate leave on Tuesday to attend to a family illness.

Amla, who was rested for the first three ODIs, will make way for Reeza Hendricks, who had originally been left out of the last two games.

South Africa, dominating the five-match series 3-0, will face a lacklustre Sri Lanka side in the fourth ODI at Port Elizabeth, on Wednesday. (ALSO READ: We can’t have a mediocre batting line-up at World Cup, need to raise standards: Faf du Plessis)

“Hashim has asked to be excused from the last two ODIs of the current series against Sri Lanka on compassionate grounds since his father is critically ill. Our thoughts and prayers are with Hashim and his family during this difficult time and we understand that family obligations always come first,” Proteas team manager, Dr. Mohammed Moosajee said.

Moosajee explained that CSA had planned to use Amla and Hendricks on a rotational basis in the series. “The selectors have decided to add Reeza Hendricks to the squad. It was always the intention of the selectors to rotate Hashim and Reeza during this Sri Lanka ODI series.” (ALSO READ: Injured Kusal Perera ruled out of South Africa ODIs)

Hendricks had scored 34 runs in the three innings of the first three matches so far, with 29 in the second ODI being his best. 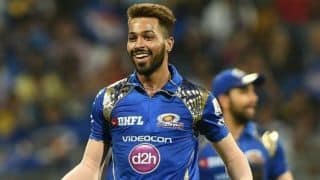