New Zealand, with 107 points, have moved to second spot in rankings while India are topping the list.

The Faf du Plessis-led side started the series with 110 points but following the series defeat, they have lost 5 points after losing the series to the lower-ranked opposition. South Africa s loss has helped New Zealand, who have 107 points against their name, have moved to the second spot behind India, who are topping the list with 116 points. (CHECK OUT: Well done, Sri Lanka! Huge respect! Twitter hails Sri Lanka s historic win against South Africa at Port Elizabeth)

Sri Lanka, meanwhile, stayed on the sixth position but have added four points to their tally and reach the 93-point mark in the list of ICC Test Rankings for the teams. (ALSO READ: India in New Zealand to Sri Lanka in South Africa: When Asian teams made history)

Very disappointing and it s probably down there with the most disappointing moments as a team. You don t want to be a losing series at home. We obviously didn t play well, but to come to our backyard and beat us 2-0 means you ve done something right; so good luck to them, du Plessis said.

We were pretty poor with the bat throughout the series and I thought both teams under performed with the bat. The pitches were conducive for batting and on this wicket, we should have scored a lot more runs. No fingers should be pointed at the wicket but they bowled well and the disappointment lies within the team. We have some great batters in our side and 99-percent of our dismissals were soft judgement errors and that s only a finger pointing back at ourselves.

New Zealand start a three-Test home series against Bangladesh on 28 February in Hamilton, which they will have to win in order to retain second place. 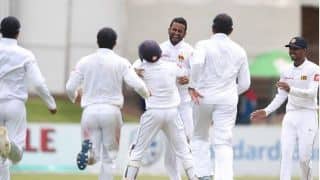 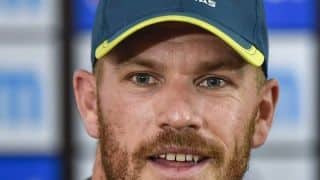