South Africa have been largely disappointing in this tournament so far. After amassing over 200 in their first match they bowled terribly and allowed England to chase down the total in the final over. They scored over 200 again in their next match against Afghanistan, but led by Mohammad Shehzad the Afghans managed to put the Proteas under the pump again. Their bowlers have been a massive let-down even though their batsmen have managed to put the runs on the board more often than not. Live Cricket Blog: South Africa vs Sri Lanka, T20 World Cup 2016, Match 32 at Delhi

Sri Lanka too have been disappointing, but frankly no one expected them to do well either. Without Kumar Sangakkara, Mahela Jayawardene, or Lasith Malinga they have struggled in every format over the last year or so. Ironically, both Jayawardene and Sangakkara have been in fine form playing domestic T20 cricket. 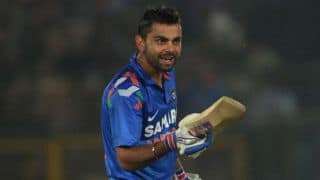