A breakdown of South Africa's probable squad for the 2019 ICC Cricket World Cup in England.

The major debating point is the form of veteran Hashim Amla, who faces stiff competition from Reeza Hendricks.

Amla, 36, managed to score only 51 runs in four innings in South Africa s Test series defeat to Sri Lanka earlier this year and did not play in the first three ODIs against the tourists, although CSA stressed he had not been dropped. Hendricks, 29, has scored 455 runs from 18 ODIs at an average of 26.76 with one century and two fifties.

There is also some doubt over the fitness of Lungi Ngidi and Anrch Nortje, the two fast bowlers sidelined with injury. If they are due to be fit before the South African team departs for England in May, Ngidi and Nortje should be included in the World Cup squad.

The certainties are skipper Faf du Plessis, Quinton de Kock, David Miller, Kagiso Rabada and Dale Steyn. Aiden Markram’s hot List A form marks him out as a candidate for opening the innings at the World Cup, and in the middle order Rassie van der Dussen is set too. The all-round trio of Chris Morris, Andile Phehlukwayo and Dwaine Pretorious look likely to be picked. Imran Tahir and Tabraiz Shamsi will be the two spin bowlers.

Ahead of the announcement of South Africa’s World Cup team, here is the predicted squad: 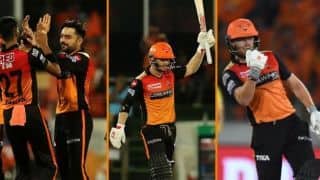