The tainted players are currently under scrutiny of the country's National Prosecuting Authority (NPA), and are facing the prospect of fines and possible jail time.

South African cricketers, who were caught attempting to fix matches during the 2015-16 domestic Twenty20 tournament Ram Slam, are currently under scrutiny of the country’s National Prosecuting Authority (NPA), and are facing the prospect of fines and possible jail time, a Cricbuzz report stated. According to the report, the case is in the hands of a state prosecutor now. The report also claimed that Lonwabo Tsotsobe, who was also involved in the scandal, has failed to pay his legal bills and has regularly ignored the allegations levelled by Cricket South Africa‘s (CSA) Anti-Corruption Unit (ACU) against him.

The ACU, it said, has been investigating the events leading up to the 2015-16 Ram Slam Twenty20 tournament since November 2015. During this period, six players have been banned for being involved in corruption. The worst hit of them all was former South Africa player Gulam Bodi, who handed a 20-year ban after admitting to serving as an intermediary between fixers and players. Others who were banned were Thami Tsolekile (12 years), Pumelela Matshikwe (10), Ethy Mbhalati (10), Jean Symes (7) and Alviro Petersen (2).

Petersen, who had initially claimed of being the whistle-blower, was in fact a part of the meetings that took place between fixers and players. Instead, the report claimed, Vaughn van Jaarsveld and Craig Alexander were responsible for alerting CSA about the episode. These two, who had been approached by Bodi during the Africa T20 Cup, had immediately reported about the same to the CSA.

Van Jaarsveld, when approached for a comment by Cricbuzz, declined to give a statement as he had been prohibited by the NPA. He instead directed queries to NPA’s media department, who did not respond to a set of questions. The involvement of van Jaarsveld and Alexander is significant because both would serve as credible witnesses.

Any charges against the players in South Africa would be based on the Prevention and Combating of Corrupt Activities Act of 2004, which has a section dedicated to offences relating to sporting events and another relating to gambling. Players who plead guilty to the charges against them would likely appear collectively, but those who claim innocence would appear individually.

Tsotsobe’s place in the whole affair is still to be established. It is almost a year since he admitted that he was under investigation, and said he was unsure of what the outcome might be. He has not played any cricket all this while. The report also stated that Tsotsobe has been attempting to ignore the allegations. But it also quoted one of its sources as saying: “As I understand it, it shouldn’t go away. It’s (sic) serious allegations and it needs to be followed up on.” 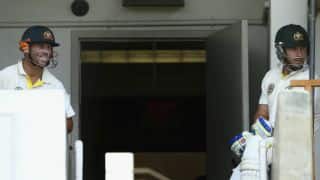