Hanuma Vihari scored a fifty on Test debut, guiding India out of a tricky spot.

Hanuma Vihari had a nervy start to his India career. He walked in to bat after the fall of Ajinkya Rahane with James Anderson on song. Soon, he was pinned in front by Stuart Broad and the umpire tuned down the appeal. The bowler refused to review but had he, Vihari’s debut innings would have ended on a duck.

But luck was on his side. Again, he was pinned by Broad and this time DRS showed the ball was going over the stumps. A single in the same over got him off the mark. Later, Ben Stokes tested him with a bouncer, Vihari was a tad late on the pull but a top-edge sailed over the fine leg boundary for a six. Three ball later, another top-edge resulted in a four. A nervous begining but a start the 24-year-old will never forget.

Come Day 3 and in the company of Ravindra Jadeja, Vihari looked more solid, assured and showed glimpses of his class that has seen him averaging an excellent 59.79 in first-class cricket. He emulated Sourav Ganguly and Rahul Dravid in hitting a fifty or more on debut in England.

“I was just nerves, they make you things which are very unusual,” Vihari revealed why he was struggling a bit early on. “If I don’t have any pressure and settle down nicely then I don’t think any ball will cause me trouble. Yesterday, I definitely faced some problems initially with the incoming deliveries. Virat gave me some cues where I could play it more comfortably. Even today morning I tried to negate that inswinging deliveries especially from Broad.”

With Anderson and Broad steaming in under cloudy sky and the jitters of playing a maiden Test, Vihari did feel pressured. “Initially, I was under pressure, to be honest. Going in yesterday, cloudy conditions and Stuart Broad and Anderson bowling at you. I felt a little bit of pressure but once got myself in, it eased my nerves,” he said.

Not that he did not have any helping hand on the field. His captain, Kohli, was available to help him on dealing with inswingers. Later, when Stokes had a go at Vihari, Kohli was more than eager to step in.

“Having Virat at the other end made my job a little easier, I guess. His inputs have helped me initially because he’s been playing confidently throughout the series and his confidence boosted me at the other end and I would give a lot of credit to him for helping me out yesterday initially. But once I settled down as I said the wicket is very good to bat on, especially with the medium pacers it got a lot slower yesterday. So I got myself in and tried to capitalise as much as I could,” he revealed.

So what exactly Stokes had to say to him? “Usually when I bat, I try to ignore anything coming at me. I just try to focus on my own game. That is the style of cricket I try to play. Obviously, Virat is very aggressive as you all know, he also had a go at him. That’s how the game is played nowadays and that’s how Indian cricket is playing. But my aggression is something which I want to do with the bat. Obviously if it’s something personal than I can say something back but as long as it’s healthy, everyone likes to have some banter,” he said.

Apart from his family, the Dravid was the one whom Vihari informed about his debut. Having played under him while representing India A, the Andhra batsman says has helped him gain valuable experience and speaking to the India legend helped him settle some nerves.

“Sharing his [Dravid] experience is a big learning. He’s played a lot of cricket for India, a legend of the game. His inputs, especially in the batting department. I called him a day before making debut and informed him. He spoke to me about a couple of minutes and gave his inputs. It eased my nerves a little bit because when it’s coming from a legend, you know you belong here. He just told me you have the skillset, mindset and the temperament. Just go out and enjoy yourself. I will give a lot of credit to him because my journey with India A was very important. Not only did I perform there but the way he gave me the inputs, they made me a better player,” Vihari said.

The partnership between Jadeja and Vihari for the seventh wicket was vital in India limiting England’s first innings lead to 40 runs. The duo added 77 runs between them and helped India recover from 160/6 to 292-allout on Day 3.

“It was an important partnership between me and Jaddu. Obviously, Jaddu then capitalised on the start and got a very important 86. So that reduced the lead and it will give us more time in the second innings. If they have to set a total, they will need more time and if you can get them all out, it will be easier for us. So, the partnership between and Jaddu was very important. The team situation matters more than my individual milestone,” Vihari, who scored 56, said.

On being informed about his Test debut, he said, “I got to know the day before the match started and obviously I was very thrilled. It has been my dream. I told my family and they were very happy. I know it’s just a start, need to do a lot to cement my place in the Indian team, which I definitely want. Getting a fifty on debut is just a start. Scoring a lot of runs for India is on my mind.

“Going out to bat, I just wanted to be positive in my intent, especially when Virat is there. You have to be with him, rotate the strike and try to build a partnership and that’s exactly what we did. I was looking more at the situation rather than my own game. Looking at the bigger picture helps in easing the nerves,” he said. 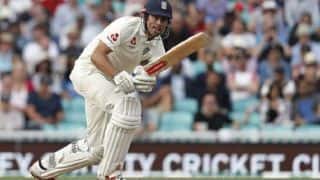 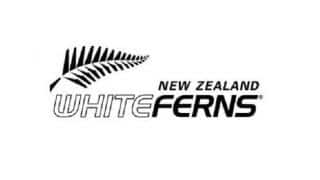