Taking a dig at the BCCI again, Sports Minister Ajay Maken wondered why the Cricket Board officials were opposed to the proposed Sports Bill if they were transparent in their functioning. 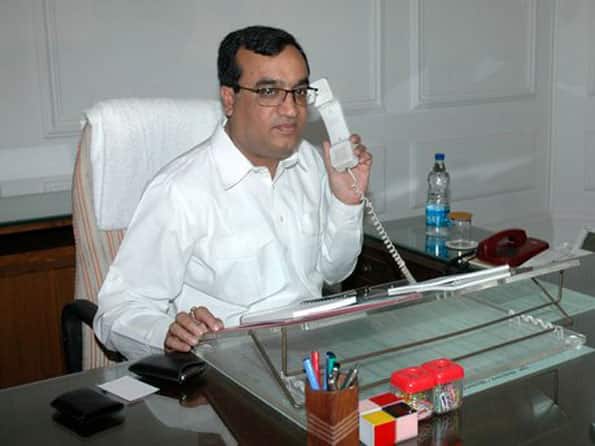 Taking a dig at the BCCI again, Sports Minister Ajay Maken wondered why the Cricket Board officials were opposed to the proposed Sports Bill if they were transparent in their functioning.

“The BCCI has sent a 26-27 page letter to the ministry saying why they (officials) were opposed to the (proposed) Sports Bill. I don’t understand why the BCCI, if they are not scared of RTI or transparency, are not prepared to come under it,” said Maken during his speech at the Indian Merchants Chamber-organised seminar “Fusion 2012” on sports, media and entertainment.

Maken, who was the chief guest, said that transparency was the main focus of the proposed Bill — which has been opposed tooth and nail by not only the BCCI but also the Indian Olympic Association.

“Transparency is the main thing in the Sports Bill. RTI will bring the much-needed transparency. BCCI gets exemption (from the government) in many ways like tax, use of police services.

“IPL (Indian Premier League), which is a form of entertainment, does not attract entertainment tax in many states,” he pointed out.

Speaking on the sidelines later, Maken came out in support of the under-fie Indian cricket team and pointed out that the same squad had won the World Cup leading to celebrations all over the country less than a year ago.

“Our players do well at times and perform badly on others. When they do badly, we should not forget their good performances. Less than a year ago, they had won the World Cup and the entire nation celebrated,” Maken noted.

Maken said one of the main targets of the ministry in the run-up to the London Olympic Games later this year was to see that the number of athletes who qualify exceeded the number who made the grade in Beijing four years ago.

“A total of 732 core probable s had been selected towards qualification some time back. At the last Olympics in Beijing 57 persons qualified. Our aim is to better that number”, Maken said.

“We have spent Rs 111 crore so far including Rs 55 crore to give foreign exposure (to the sports persons). We are ready to give more help (to them to qualify),” the Sports Minister said.

Asked about the continuing stand-off between Hockey India, the body which has been recognised by the International Hockey Federation, and the age-old Indian Hockey Federation, Maken said these two rivals have to sort out their differences once the Olympic qualifiers (in Delhi later this month) gets over.

“HI and IHF should sort out the matter after the Olympic qualifiers),” he said.

Among the panel speakers at the seminar were former hockey internationals Mir Ranjan Negi and Sybil D’Mello.

Negi laid the blame squarely on the country’s sports administrators for the poor show by Indian sportspersons in the international arena overall.(PTI)

Australia cruise to an easy win over India in first T20