The Indian sports ministry has asked the National Anti-Doping Agency (NADA) to compel the World Anti-Doping Agency’s (WADA) Code. Once implemented, NADA will be able to conduct doping tests on Indian cricketers during domestic and international matches.

The ministry has given NADA full authority to send its officials to BCCI-organised matches and collect urine and blood samples. It was earlier reported by Times of India that WADA had asked ICC to ask BCCI to allow NADA to conduct dope tests.

Rahul Bhatnagar, sports secretary said: “I have instructed NADA’s director general (Navin Agarwal) to send his DCOs to cricket tournaments in India to collect the samples of cricketers. If the BCCI resists or creates any hurdle in NADA’s functioning, we won’t hesitate from taking further action against the cricket board.

“We will first start with in-competition testing during matches played in India. Then, we will gradually move forward (to conduct out-of-competition testing). If the BCCI has not responded to NADA’s previous mails, doesn’t mean we (ministry) will stop discharging our duties. Let them first stop us from conducting dope tests. We will see what more needs to be done. The important thing is we will conduct testing within our parameters and rules and regulations as stipulated in the WADA Code.

“We have to take this issue to its logical conclusion once and for all. For now, we are going ahead with the sample collection. We don’t want to become non-compliant to the WADA Code.”

The sports ministry could drag BCCI to court if they do not comply with NADA. 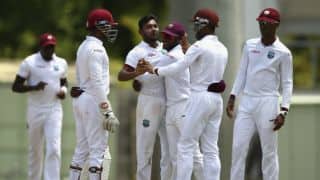