Indian women s team captain Mithali Raj is eying the tour of Sri Lanka to get the ball rolling for the Women s T20 World Cup scheduled in November this year in the West Indies.

Indian women s team captain Mithali Raj is eying the tour of Sri Lanka to get the ball rolling for the Women s T20 World Cup scheduled in November this year in the West Indies.

The Indian women s team s ODI form this year has not been good as they failed to win the Women s Asia Cup for the first time in June before being drubbed 0-3 at home by Australia in March. They had finished bottom in the triangular T20 series in Mumbai against Australia and England in April.

However, under new coach Ramesh Powar, the team will be seeking to find the right combination and balance when they travel to Sri Lanka in September for a limited-overs series.

It is important to regroup and get back the confidence again as the T20 World Cup is scheduled in November, Raj told The Hindu. In this context, the Sri Lanka series is very important. With the new coach himself being a spinner, I am sure his experience will help our tweakers as we depend heavily on them in all formats.

The Sri Lanka series will also be important in terms of knowing where we stand, what is the composition we should have, and accordingly, use these matches to prepare for the World Cup, she added.

The Mithali Raj-led ODI side will play the first two ODIs at Galle on September 11 and 13 before moving to Katunayake for the final 50-over match and the first T20I on September 16 and 19, respectively.

The T20I squad will miss veteran pacer Jhulan Goswami, who announced her retirement from the shortest format.

On being asked about her plans of retirement Raj reiterated that she will continue to play as long as she feels she is contributing to the team s cause.

I would like to continue as long as I am fit and able to contribute to the team. don t know really what keeps me going. But, it is obvious that the team needs to be settled. That way, I feel we should not struggle in ODIs. It takes time to find the right combination which can last longer. Probably, till that time I will hold on, said Raj, who is the highest run-scorer in Women s ODIs and the first women cricketer to eclipse the 6000-run barrier. 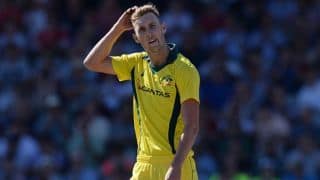 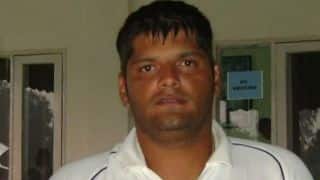