Despite South Africa's batting struggles, coach Ottis Gibson is satisfied with what they achieved from the Sri Lanka tour.

Strictly speaking in terms of results, South Africa might not be pleased with their Sri Lanka tour which ended with a defeat in a one-off T20I on Tuesday night. Their vulnerability to spin bowling was again exposed after the 0-2 defeat in the two-Test series last month.

They began the limited-overs leg of the tour in style, wrapping the five-match ODI series with a 3-0 lead before losing the remaining two games. Their hopes of returning home on a high were put to bed after being bundled out for 98 in the T20I on Tuesday but they did put up an admirable defense before losing by three wickets.

However, despite their batting struggles, coach Ottis Gibson is satisfied with what South Africa achieved from the tour. They wanted to test few players during the ODIs and have been able to find answers to some of their problems a year ahead of the ICC World Cup 2019.

“We’ve answered some questions on the tour, and there are others we haven’t found solutions to yet,” Gibson said after the match. “I’m happy with where the side is going. This exercise of giving young players the opportunity to see where they are has given us the chance to sit down and pick (better) teams.”

Gibson said South Africa have made progress in shortlisting the players they want to take to England for the marquee event next year. However, a clearer picture will emerge only when they host Pakistan in 2019. “When we pick a team against Pakistan, when they tour South Africa next year, it will be very close to the team that we will be taking to the World Cup,” he revealed.

On his team’s failure with the bat on Tuesday night, Gibson expressed frustration and said his team is capable of doing more than that. “There’s frustration, of course, (especially) when you look at the way we batted. But also look at the way we went out and tried to defend a small total. It just showed that there’s so much more we can do as a team,” he observed.

He, though, raised questions over the shot-selection of few of is players asking them to come up with better answers in pressure situations. “You want to be positive, but you still want to be making good decisions on the field. The team, or the players that make the best decisions under pressure, are the ones that perform the best. The decision-making of some of our players in terms of shot-selection was questionable,” he said.

Gibson has backed the aggressive approach against the spinners citing the starkly different results South Africa endured during the ODI series. Despite their inability to tackle spinners, the West Indian is against changing the strategy.

“What I don’t want is people to go back into their shells and start thinking that they need to defend. I still want guys to score. In the first three (ODIs), when we looked to score, we did score, despite him (Akila Dananjaya) getting two or three wickets. When we tried to defend in the last couple of games, it was a different story,” he said. 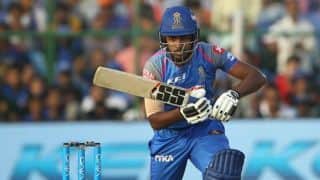 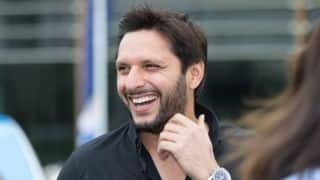