Shaun Marsh, after suffering an injury, has to fly back to Australia mid way into the series.

Injury woes continue for Sri Lanka as yet another player misses the remainder of the tour. Shaun Marsh, after suffering an injury, has to fly back to Australia midway into the series. Australia has named Usman Khawaja as the replacement, who will soon join the squad in a quest to win the One-Day International (ODI) series, which they are leading 2-1, against hosts Sri Lanka. It was the third ODI at Dambulla when Marsh injured his finger while fielding. Australia went on to gain the lead of the series which was till then squared, but Marsh’s injury brings in yet another change in the squad now. READ: SL vs AUS, 3rd ODI Highlights: Chandimal’s ton, Bailey’s resilience and tight finish in Dilshan’s farewell

Team’s physio David Beakley told espncricinfo.com, “Shaun suffered an injury to his left little finger whilst fielding in the match yesterday. An x-ray after the match confirmed a fracture and Shaun will now return to Perth to allow time for this to heal.”

Earlier, team’s skipper Steven Smith was sent back to rest before team’s series with South Africa— a decision by Cricket Australia which was highly criticised by cricket followers from around the globe.

“I hate missing cricket but in the long run it will do me a world of good. The schedule is very busy. I still want to take on the role in all three formats and do it to the best of my ability,” is what Smith said in his defence, reported The Guardian.

The selectors sent Glenn Maxwell as a replacement. Following this, came Nathan Coulter-Nile’s injury. Now, with Shaun Marsh also being ruled out, it will be difficult for Australia to get the equilibrium set. 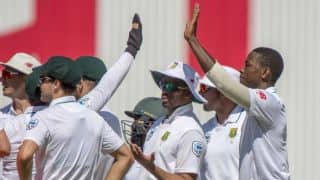 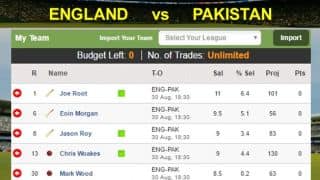